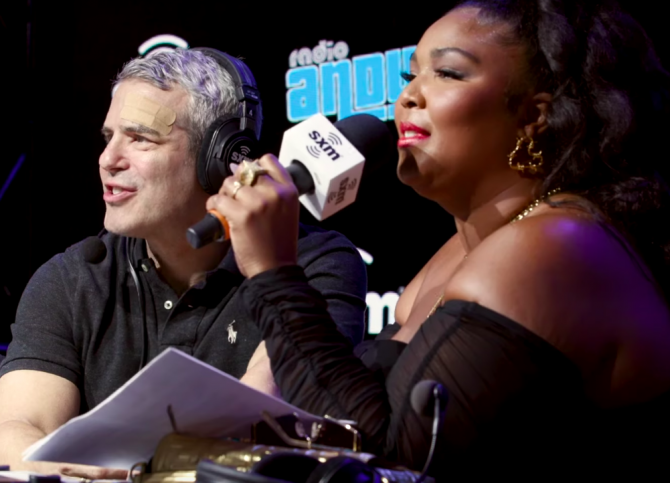 “You’re going to have a smoke in 10 minutes?” Cohen asked.

“A little lickety-lick. No, I don’t know,” Lizzo replied. “He’s pretty hot. You know, fluidity is all the rage these days. Just release and be yourself, you know? Whatever you like. Wherever you stick or lick, that’s your pick.”

That’s when Cohen asked directly whether she identifies as fluid. To which, she answered, “I don’t know,” before reciting the opening lyrics from “I Would Die 4 U” by Prince: “‘I’m not your woman, I’m not your man. I am something that you’ll never understand.’ That’s how I feel.”

Lizzo is currently nominated for not one but two Queerties Awards–one for Badass and one for Anthem for her song “Juice.”

Voting runs now through February 21, and remember — you can vote once per day in each category. The winners will be announced live at a special reception in Los Angeles on February 25 and on Queerty the following morning. Use hashtag #Queerties to share your votes and help your favorites.