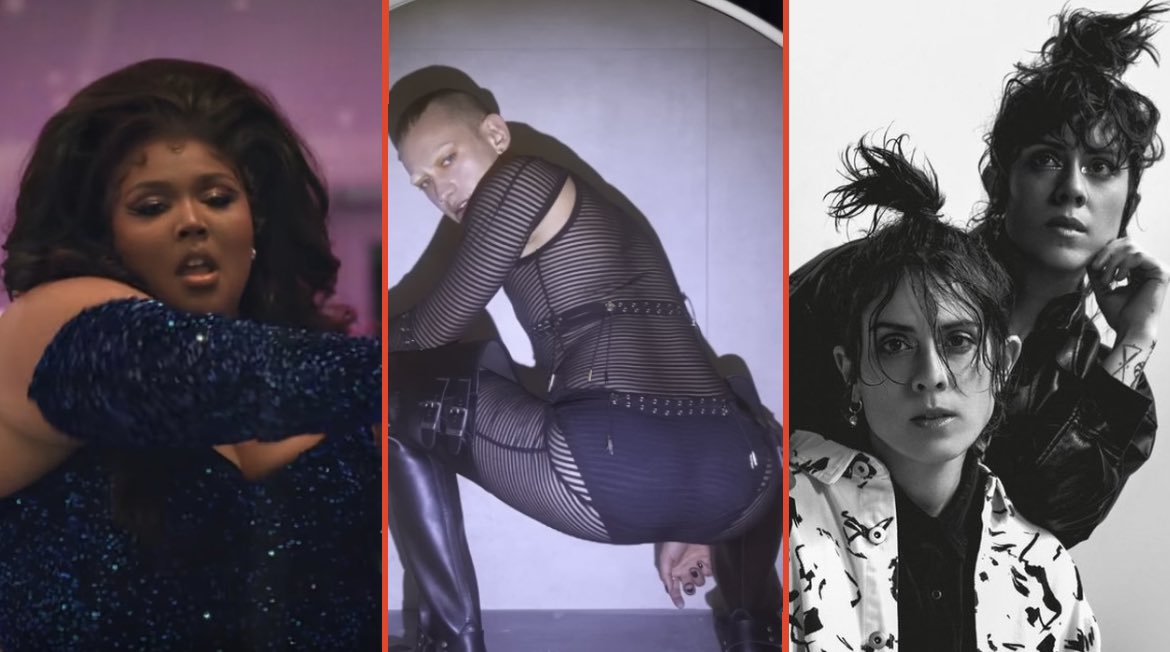 Queerly beloved, we are gathered here today to listen to these things called bops.

It’s really been a novel week for singers all over: Kehlani put Christian Walker in his place, Harry Styles hosted another gender-diverse group hang in his bed, and Lana Del Rey accidentally gave us the diversity win that nobody asked for.

Now that we’ve made it to the weekend, hopefully our favorite musicians can get a break from all the wild happenings and just get to focus on what they do best: feeding the gays.

From celebrating femboys to a club hit for the boytoys, here’s your weekly bop roundup:

To quote Leslie Knope, “You know why tonight’s fun? ‘Cause everyone’s so gay.”

Lizzo’s entire new Special album is full of song-of-the-summer contenders, but “Everyone’s Gay” is a specific love letter to her favorite fans. The song was originally debuted at a “Night of 1,000 Lizzos” event at Heart WeHo hosted by Drag Race fan favorite Kornbread, who introduced Lizzo as an up-and-coming drag artist named “Amazonia Prime”. Lizzo said the song is about “living your best life, turning up, and dancing and just having some f*cking fun.” And you know what? It’s about d*mn time.

The world’s premier (and possibly only?) lesbian identical twin music duo is back, and the sapphics are all the better for it. Their Crybaby era is in full swing with the album set for October and tour starting soon after. “Yellow” keeps on the same theme as their last single “F*cking Up What Matters” of a love that’s as much hurt as it is heart, repeating the refrain of “this bruise ain’t black, it’s yellow.”

The concept of a Years & Years cover of Lil Nas X‘s sexy smash hit “Montero” is such a homoerotic slam dunk that we’re glad we didn’t combust at the thought of it. Lead singer Olly Alexander poses for the cover in briefs and fishnets, which feels only natural for the material. It’s a little surprising that the cover took a more stripped down, acoustic approach, but Olly’s vocals can of course carry.

Demi has spent a good decade showing off their more ~grown up~ side, but their new HOLY FVCK album rollout and singles really are a more adult departure in both subject matter and honesty. As much as pop-stars will always be a bit of a product, this is stunningly close to being more person than product — a perfect turn for someone whose latest song is all about looking for substance, double entendre fully intended. The video (actually featuring Queerty’s own Jake Thompson — oh, please, hold your applause til the end!) is also a straightforward exploration of the singer’s search for humanity. At this point, aren’t we all searching for a bit of truth in the world?

“FEMBOYS” by Trinity the Tuck

The song “FEMBOYS” coming from Drag Race‘s Trinity the Tuck, someone who is decidedly not a boy (though not a woman, either!) is further proof that femboy is a state of mind. This uber-fun track is all love to the masc femboys, the femboys who are girls who are kind of boys, the femboys who don’t acknowledge the concept of fem or the concept of a boy, etc. Femboys contain multitudes. On top of it all, we get a cute dancing cameo from Jamari Amour (formerly the Father of Legendary‘s first winners, the House of Balmain, and now founder of the House of Marc Jacobs). What more could you want?

That’s all for this week! Come on back this time next week for another weekly bop roundup.