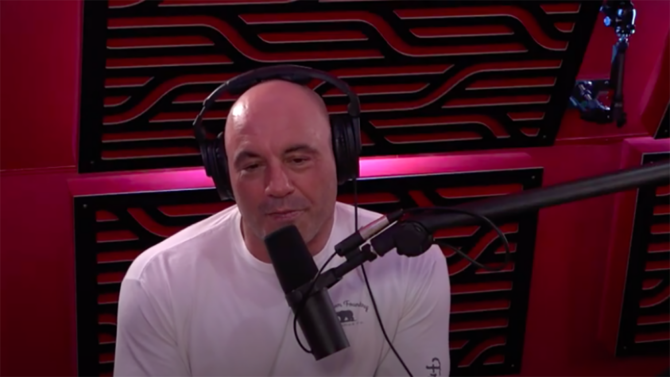 Hundreds of scientists have just declared war on Joe Rogan and now Spotify is stuck in the crossfire.

270 professors, scientists, doctors, and health care workers have signed an open letter to the popular podcast distributor this week, calling for the platform to address the constant spread of COVID-19 misinformation by one of its most popular programs, The Joe Rogan Experience.

The letter slammed the show’s homophobic host for “broadcasting misinformation, particularly regarding the Covid-19 pandemic.” It further called on Spotify to “take action against mass-misinformation events”, but stopped short of making any recommendations for discipline.

CNBC further reports that much of the letter focuses on a December 31 broadcast in which Rogan featured Dr. Robert Malone as the guest. Twitter recently banned Malone for spreading misinformation regarding the pandemic. During the broadcast, he told Rogan there had been an “explosion of vaccine-associated deaths,” and insinuated that the pandemic is little more than a cash grab by pharmaceutical companies.

Both The Associated Press and fact-checking outlet PolitiFact immediately identified Malone’s claims as false. YouTube has already removed a video of the podcast, citing its policies against the spread of misinformation.

“Dr. Malone’s interview has reached many tens of millions of listeners vulnerable to predatory medical misinformation,” the letter said. “This is not only a scientific or medical concern; it is a sociological issue of devastating proportions and Spotify is responsible for allowing this activity to thrive on its platform.”

The letter might actually underestimate the damage. Spotify and Rogan claim The Joe Rogan Experience gets over 200 million downloads per month, suggesting that hundreds of millions of  listeners took in Malone’s erroneous remarks.

Related: Anti-vaxxer Glenn Beck ‘disturbed’ after getting Covid again and the internet just can’t with him

In response, the co-signers of the letter have implored Spotify to “immediately establish a clear and public policy to moderate misinformation on its platform.”

“By allowing the propagation of false and societally harmful assertions, Spotify is enabling its hosted media to damage public trust in scientific research and sow doubt in the credibility of data-driven guidance offered by medical professionals,” they further wrote.

But this isn’t the first time Joe Rogan has come under fire for the spread of misinformation regarding COVID-19.

The shock jock has previously discouraged listeners from receiving the COVID-19 vaccine, claiming that COVID actually strengthens the immune system. (It doesn’t.) He also recommended the anti-parasitic ivermectin as an effective treatment against the virus. (It’s not.) His past misinformation has even earned the ire of Dr. Anthony Fauci, prompting Rogan to refer to himself as a “moron” and “not a respected source of information.”

i think it would be better if joe rogan never spoke again https://t.co/zoH0FadbnK

“Journal Club with Joe Rogan” is just like regular journal club, except remarkably stupid and causes excess mortality. But it turns a profit!

The main stream media is just mad that Joe Rogan gets views than their multi million dollar propaganda machine. https://t.co/QUQLeyRNW3

It's driven by the fact that thousands of people are DYING and hundreds of thousands getting sick (many of them VERY sick) every fucking day and ignorant people with large platforms like Joe Rogan are contributing to that w/their misinformation, you nitwit.

Joe Rogan is an expert in absolutely nothing other than maaaaaybe commentating on MMA and how to appeal to incels. https://t.co/46J47Ve0Il

You mean Captain Insano Joe Rogan? Is he still doing MMA for a living? or standup comedy? Actor? Or rightwing nutjob?

If you listen to Joe Rogan you should stop and then start questioning where your life went wrong. https://t.co/o1tHJbAMbP

Joe Rogan went on Penn Jillette's Podcast 15 years ago and tried to convince an astonomer the moon landing was faked. He's a dangerous dealer in active misinformation, not an earnest person looking for truth.