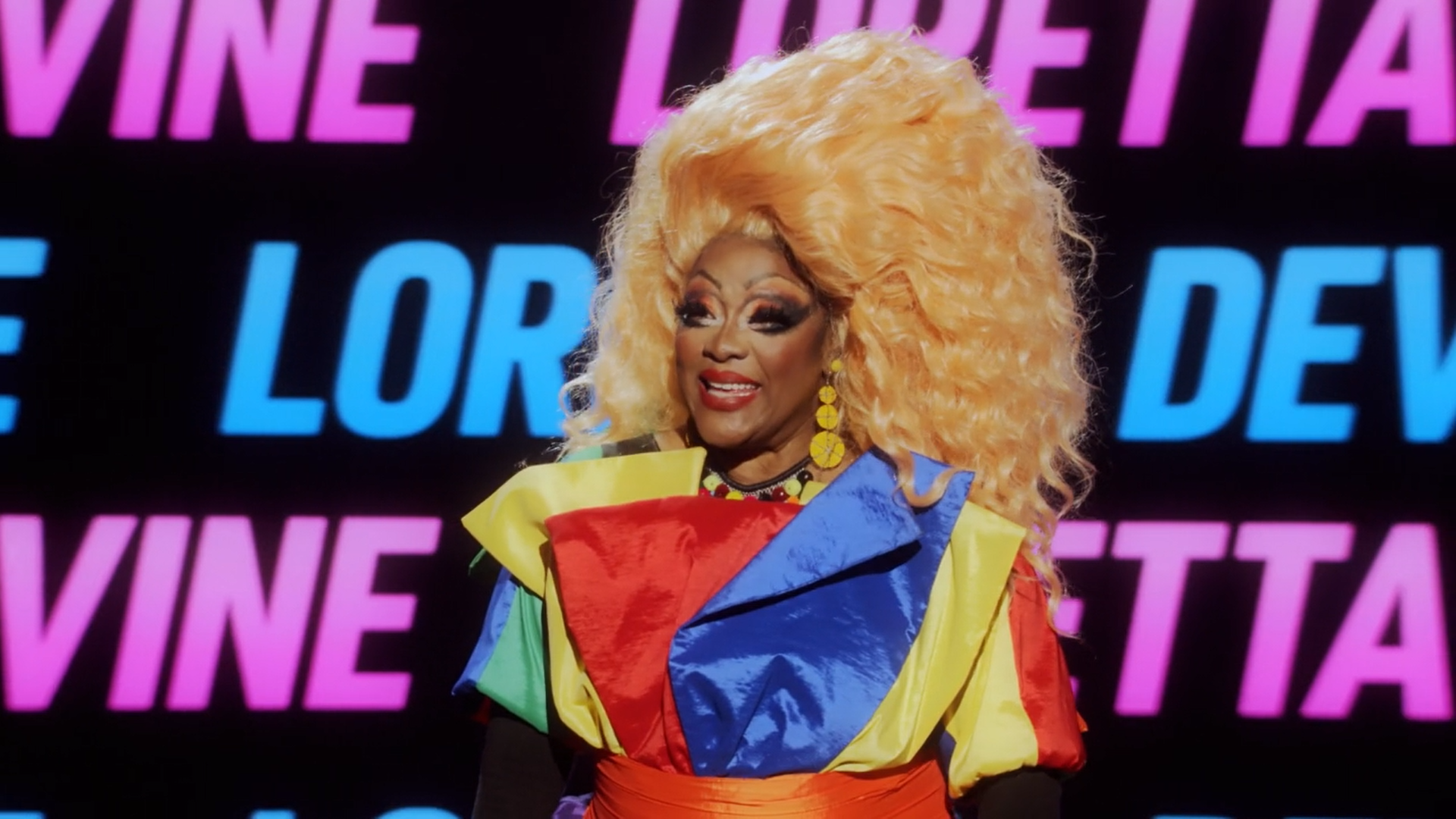 It still feels like the first Secret Celebrity Drag Race elimination was a dream, girl!

It’s been a wild week in the Loretta Devine Cinematic Universe, with her shocking sashay from the Celebrity stage and Grandmuva Ernestine being [redacted for spoilers] over on the P-Valley season two finale.

Amid the chaos, Mrs. Devine is feeling — as her lipsync song made clear — just fine.

We caught up with the legend of stage and screen to chat about her love of drag, her inaugural lipsync, and how it felt to live out her fabulosity for us all.

QUEERTY: What made you want to do Secret Celebrity Drag Race?

LORETTA: Well, I’ve loved Rupaul for quite some time and I was on his show [Rupaul’s Drag Race] once before, and it was like a great opportunity.

We were right in the thick of the pandemic when we did it – I think we did it in November of ‘21 – and it was just a chance to work again and to be with people that you knew were going to be having fun! That was one of the reasons I wanted to do it.

And I never did anything like it since doing Dreamgirls. We danced and sang all the time, so I said “I can pull this off!” and that got me into it. 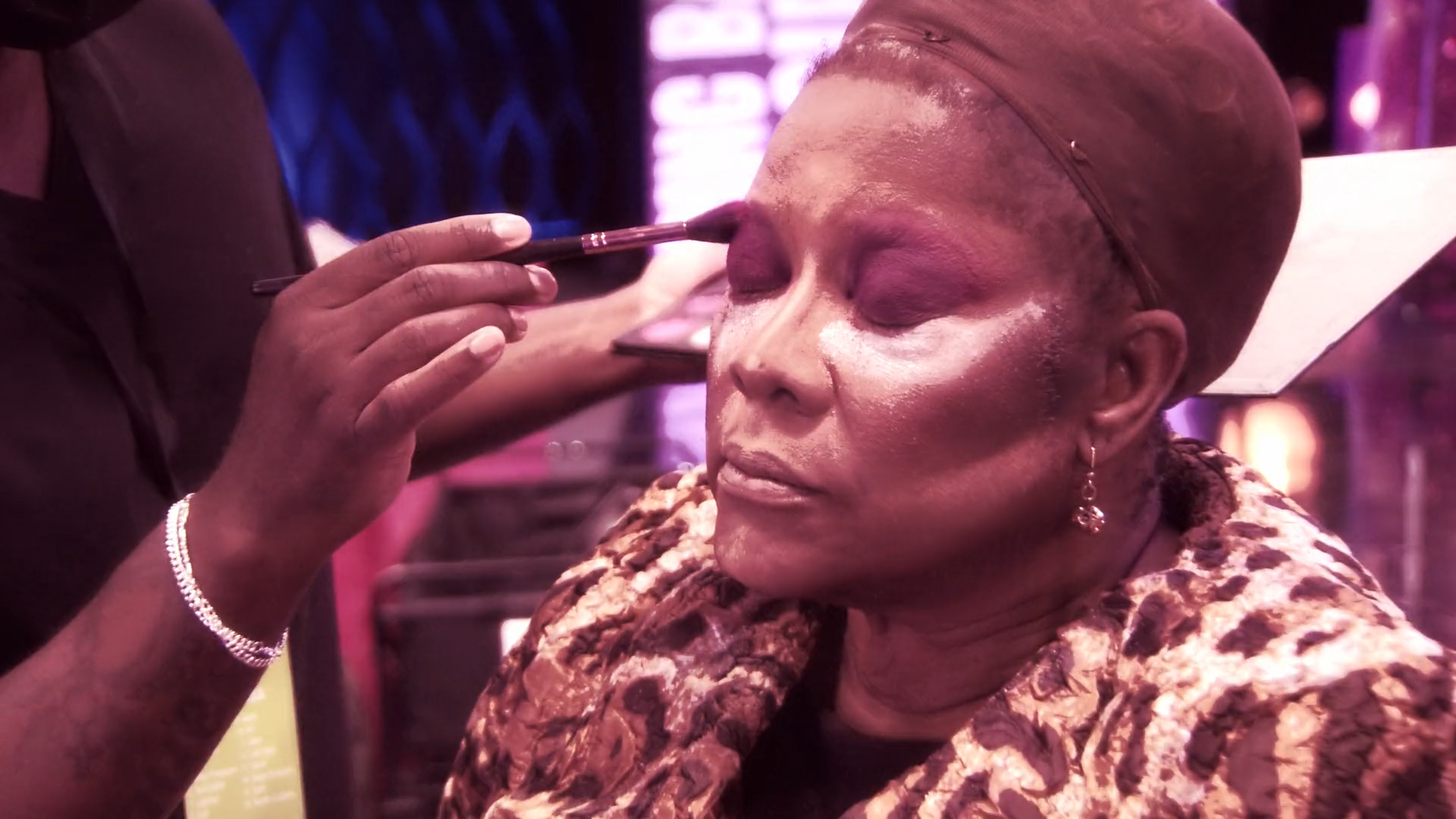 You’re definitely no stranger to a little flair on stage! It looked like you were having so much fun.

I was! I mean, I love Mary J. Blige’s music, I love her voice and everything, so I was hoping I could do her justice and just have a good time.

Was drag as hard as Broadway?

For me, it was harder! I didn’t recognize myself, to be honest.

That whole rainbow get-up you had on was so colorful and perfectly fitting for your name. Why did you end up choosing “Fabulosity”?

Well, way back in the day when I did The Colored Museum, there was this exhibit where we went “We’re fabulous!” The name sort of came out of that.

We did get the chance to give ourselves our names, so I thought “Fabulosity” was really on point. 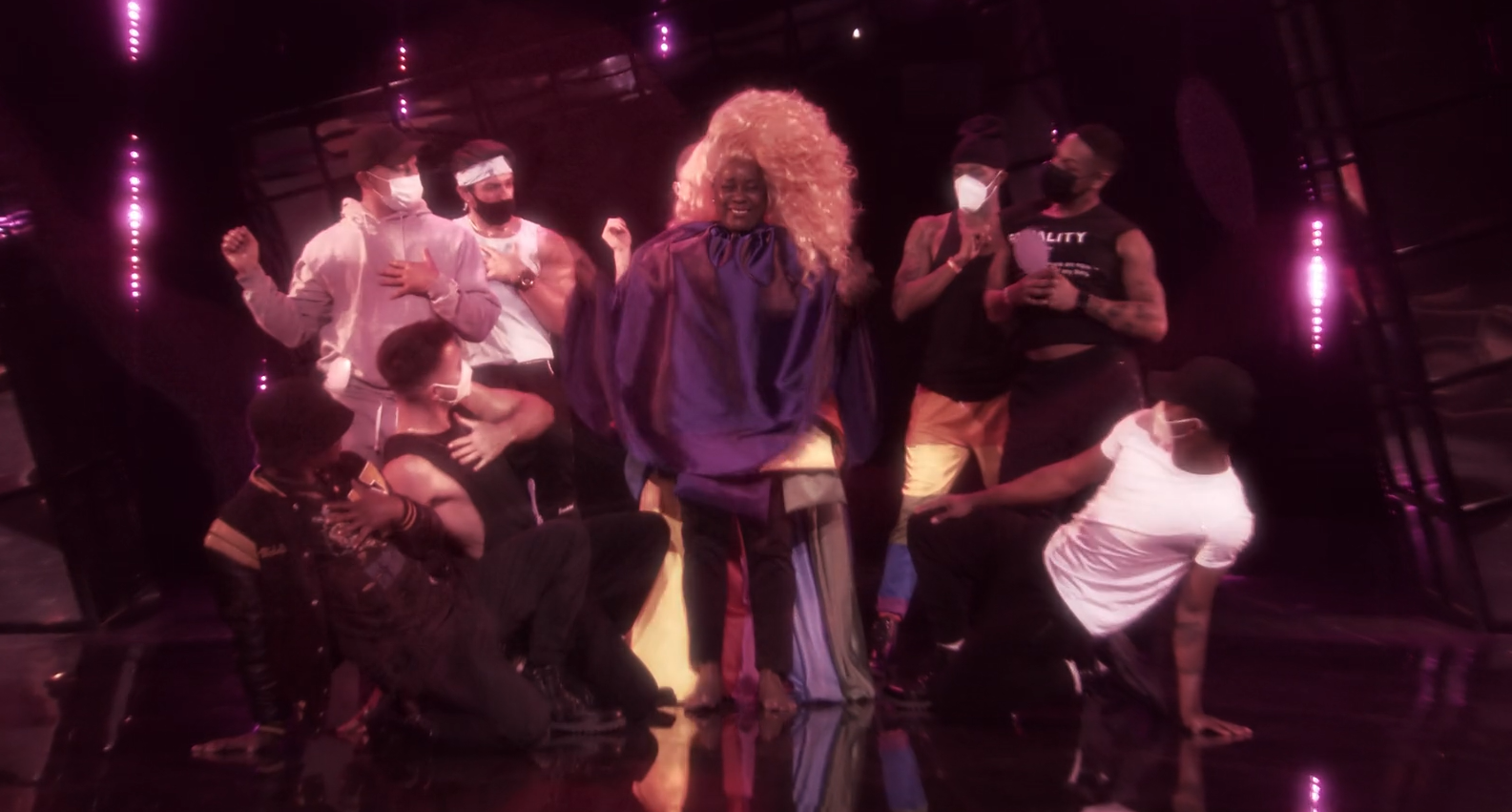 Did you have any other songs that you were hoping to do throughout the season?

You know, all these songs, I guess you have to buy the right to use them, because we had a list of things that we could choose from. Then there were also the songs for in case you were one of the two left standing on stage, you’d have to be ready to go.

Learning the first song was hard enough for me. I mean, there was a lot of activity. You had to learn the dance, you had to lipsync; my body was like, “Are you crazy?”

I was just always focused on the energy I had to put out. I was “in the now,” I guess that’s what you should say. I was dealing with that mostly, and not saying “Oh, I want to do something else.” I hadn’t even thought about what song came next, to be honest. 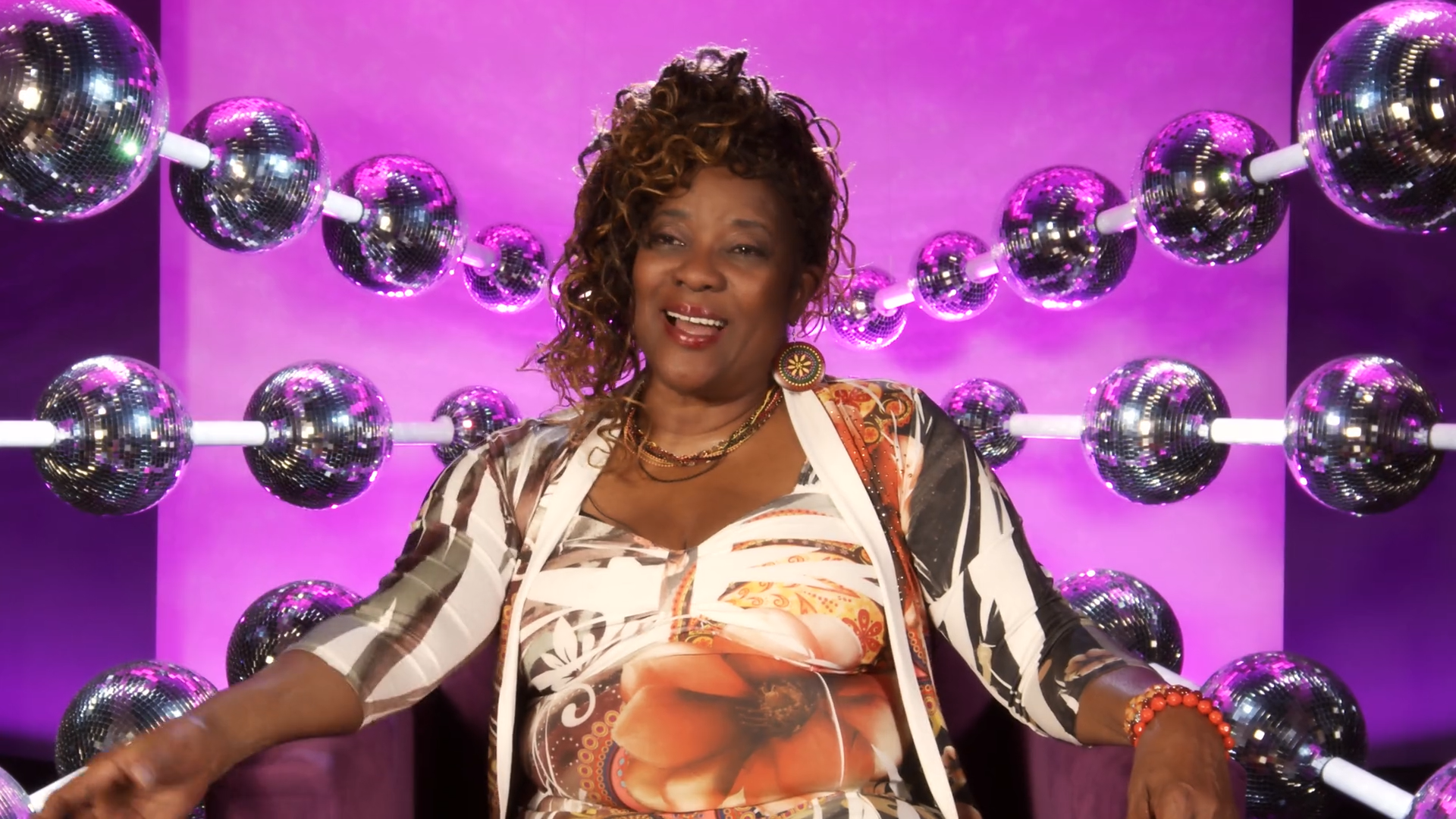 It’s all scary! I was like, “Oh, my god,” my heart was beating. Then when you realize your name hasn’t been called to leave the stage for the next adventure… just hyperventilating.

And I was a little embarrassed! I said,  “Oh noooo!” I was so trying to hide my feelings, and there was an audience there, so it was hard for me.

And of course, we were there for the finale and we got a chance to see the two people that had survived. Everybody got to get together and talk about what’s been happening while you haven’t been there. I guess it’s like when you come back from being thrown out of the house! 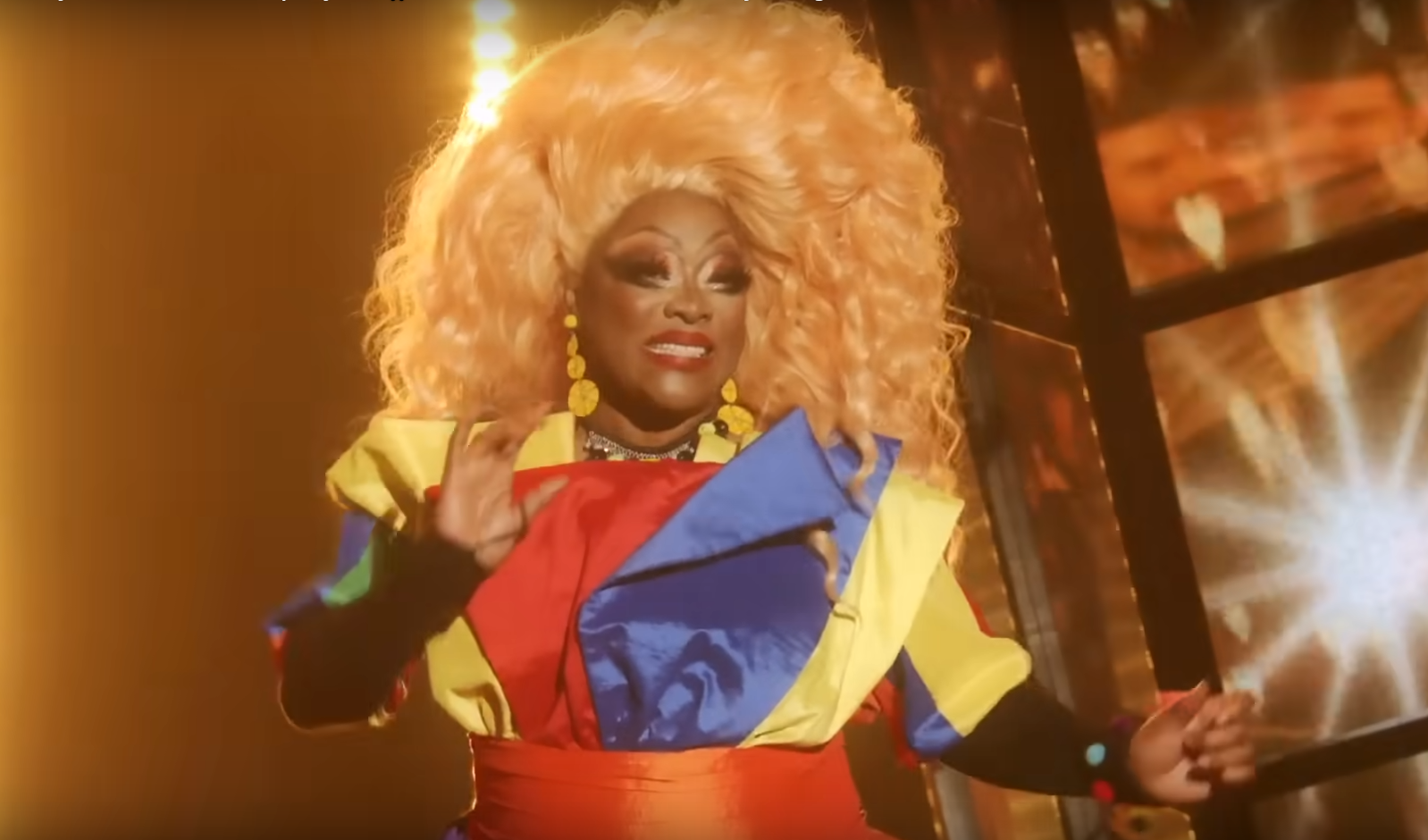 Do you have any favorite Drag Race girls?

We had three ladies [Monét X Change, Brooke Lynn Hytes, & Jujubee] that assisted us the entire time. They were like our big sisters to answer all our questions.

They were incredibly beautiful and gave you confidence to keep you going if you were a little nervous about the dance or anything. Because you had to learn everything from scratch! You worked with the choreographers, and then you worked with the hostesses that were trying to make sure you felt good about whatever moves you were making or what choices you were bringing into everything.

Monét was so helpful, and she did make you feel like you were prettier than you really were.

It’s easy when you have a good base to start with!

Check out Fabulosity’s epic lipsync showdown against the yet-to-be unveiled Jackie Would: