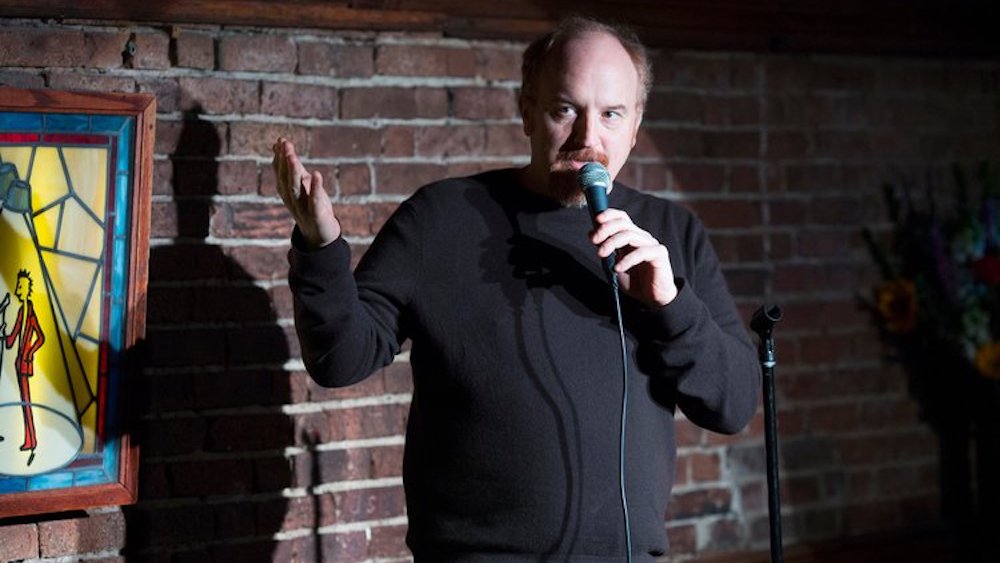 Two days ago, audio surfaced of disgraced comedian Louis C.K. delivering a standup set calling his Jewish doctor “a f*g” and mocking both non-binary youth and the Parkland shooting survivors.

In his routine, C.K. says he’s unimpressed with non-binary students and Parkland shooting survivors for demanding to be heard and addressed by their chosen gender pronouns. C.K. said these young people should be doing Jell-O shots and “finger-f*cking” each other instead… something he considers cooler, more rebellious and worthwhile (we guess).

As such, many people have criticized his routine as a “cranky old man” rant against “political correctness” that “punches down.”

Related: How violent is the world’s only all-queer street gang? This Louis CK documentary tells you.

But George Godwyn, a Facebook user who often posts progressive political opinions, delivered an excellent clapback to C.K. that has been shared over 2,400 times so far. It’s worth reading the entire thing in full, but here are the key highlights and takeaways.

In a direct response to C.K.’s routine, Godywn tells C.K., “these gender queer, PC kids are exactly the f*cking kids that are doing that sh*t [you criticized them for not doing].”

“These f*cking kids do drugs that you have never even f*cking heard of in ways that even surprise me…. They are vaping Indonesian herbal LSD soaked in Adderall and laced with PCP through their *sses and then taking their SAT’s…. and then a seemingly infinite number of supplements, chemicals, roots, and whatever the f*ck else their chem student poly f*ck buddy can cook in their bathtub.”

But Godywn’s larger point is that C.K. wasn’t nearly as rebellious during his youth as he’d like to pretend.

“None of you motherf*ckers were rebelling against sh*t when you were in your 20’s…. You were a bunch of f*cking square, lame, posers then and you’re a bunch of square, lame posers now…. You were never rebellious, you were never crazy. I know you little f*ckers: I sold you weed and mushrooms and maybe, if you were going to get real out there, I’d sell you a little stepped on coke.”

“Louie, buddy, and all you square, straight, safe, whining little f*cking anti-pc warriors, those kids are doing something crazier, braver, and more rebellious, than you ever dreamt of doing in your entire, twerpy, jerk-off life, thumbing their nose at authority and flipping off power in ways you never had the guts to do.

You know it. That’s why it drives the people like you, the people who should actually know better, so f*cking nuts.”

Godywn says the idea behind C.K.’s anti-PC rant “is a common narrative point among the Gervaises and the Chappelles and whatever other bad boy is bravely triggering “libt*rds” in the latest Netflix libt*rd triggering comedy special – that these scared, coddled, gender queer, PC young people aren’t rebellious, that they’re all sheltered little wallflowers, hiding in safe spaces and b*tching on Twitter.”

Ultimately, Godywn calls C.K.’s routine “easy, cheap sh*t, way too obvious for someone who’s likely the premiere comic genius of our time, but that’s what sh*tbags laugh at, I guess – utterly bland, get off my lawn, dad jokes with just enough completely dulled edge to make a drunk frat boy laugh without saying anything new or shocking anyone…. I guess that’s where he’s at now, not only is he a former aspirational sexual assailant, he’s not even funny.”

Godwyn uses exaggeration to make their point: studies suggest young people are actually using drugs and having sex less often. But we’re happy to see someone clapping back against the idea that it’s edgy to mock queer kids and young political activists.

Subscribe to Queerty for a daily dose of #entertainment #louisc.k. stories and more