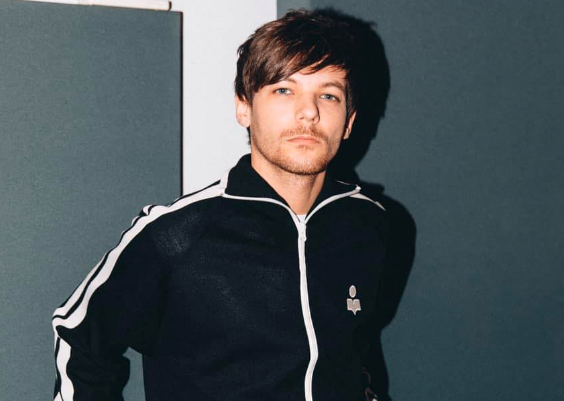 Louis Tomlinson is hitting back at reports that gay sex rumors involving him and Harry Styles are what drove One Direction apart.

Earlier this week, the Mirror published an investigative report into what really caused the British boy band, who has sold an astounding 50 million records worldwide, to split up in 2016.

According to reporter Frances Kindon, there were several factors that led to the band’s demise, including gay sex rumors that the guys could never seem to shake.

Fans first began speculating that Styles and Tomlinson were an item, nicknaming them “Larry Stylinson,” in 2012. For whatever reason, Tomlinson always found the rumors especially bothersome.

After the band broke up, he told an interviewer the false reports “created this atmosphere … where everyone was looking into everything we did.” He went on to say that the intense scrutiny between him and Style “took away the vibe” they had and made “everything a little bit more unapproachable.”

But evidently, Tomlinson didn’t appreciate the Mirror’s speculations that that was the reason the band broke up, and he took to Twitter yesterday to say so.

“Biggest load of bullsh*t I’ve seen in a while,” he wrote. “Typical unprovoked venom from The Mirror. Couldn’t be further from the truth!”

Biggest load of bullshit I’ve seen in a while. Typical unprovoked venom from The Mirror. Couldn’t be further from the truth! pic.twitter.com/AJUVvm8LPx

One Direction announced they were going on an 18 month hiatus in January 2016. The band has yet to announce any plans of getting back together.

In February 2018, they officially folded their touring company, which, just a few years earlier, had produced the highest-grossing tour by a vocal group in history, and the 20th highest-grossing concert tour of all time, pulling in almost $300 million.