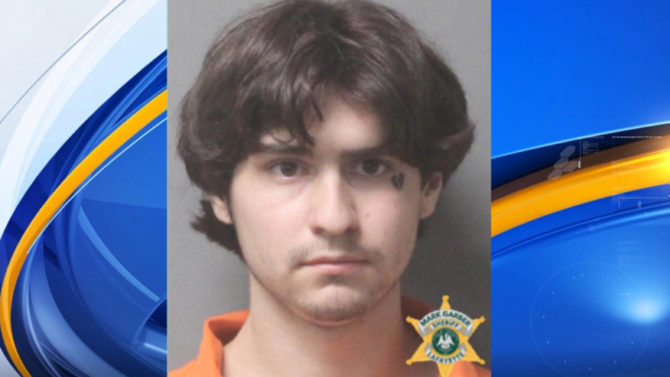 A federal grand jury has issued a six-count indictment against Chance J. Seneca, 19, of Lafayette, Louisiana. Seneca is accused of kidnapping, torturing and attempting to kill gay men he met on Grindr.

The charges allege that Seneca met three men via Grindr–two of whom he successfully kidnapped–on June 19 and 20, 2020, reports WFLA news. The indictment further states that Seneca targeted the men because of their sexual orientation and attempted to murder at least one of them with the intention of eating his remains and keeping body parts as trophies.

One of Seneca’s victims, 18-year-old Holden White, had spoken in graphic detail of his kidnapping and torture by the suspect. He required extended hospitalization for injuries sustained during the attack.

Related: His Grindr date tried to kill him. Now, he’s bringing a message of hope.

“Part (of what) I remember is that I reached over to grab something out of my bag,” White told KATC TV last November. “That’s when I felt a cord wrap around my throat and he started pulling me backwards. He strangled me for, I can’t tell you how long, but it felt like a very long time. And he did it to the point as to where every single blood vessel in my face ruptured.”

White also had previously criticized Lafayette police who initially did not investigate the kidnapping as a hate crime, particularly after the discovery of Jeffrey Dahmer worship on Seneca’s Facebook profile. Dahmer killed and cannibalized 17 men and boys between 1978 and 1991.

“This is a hate crime due to a fact that he made it a point to choose a gay man on a gay app,” White insisted in an interview. “He made sure I was a gay man and then in the same breath, he also idolized Jeffrey Dahmer. What Jeffrey Dahmer did was he choose gay men and lured them back to his house and he would kill them.”

If convicted, Chanse Seneca could face up to 25 years in prison for his crimes.