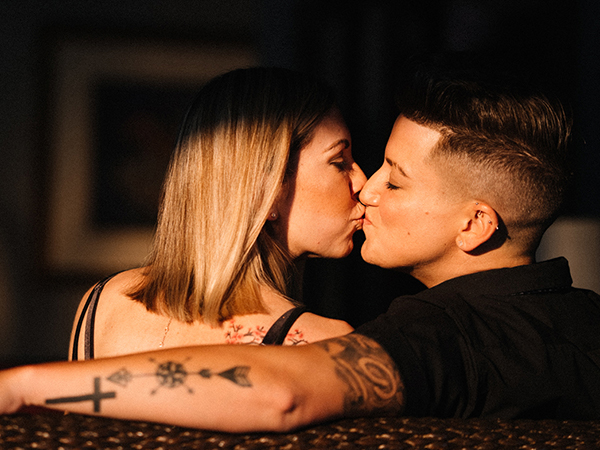 When Karrie met Casey one balmy July night in Colorado, it was love at first sight.

A few months later, when the couple finally met up for coffee, it seemed this might be the life-altering relationship the two had hoped for.

Casey had migrated to Colorado from Southern California with her young son and daughter, while Karrie hailed from a large Italian family on the East Coast. Both worked in the field of mental health and addiction recovery, both were certified foodies, and both shared a love of laughter and travel.

But soon after meeting, Casey was offered a job in Thailand she couldn’t pass up, even though her feelings for Karrie were beginning to grow stronger. She moved to Chiang Mai to become the primary therapist at an LGBTQ+ treatment center with the couple’s French bulldog, Frankie, while Karrie remained in the States with the kids and their second dog, a Chihuahua named Rocky.

This wasn’t any long-distance relationship. This was quite literally a globe-trotting relationship – specifically, 8,000 miles and an exhausting 24-hour flight. Add in two kids, two careers, and two dogs and Karrie and Casey were up against some serious odds.

Will love conquer all?