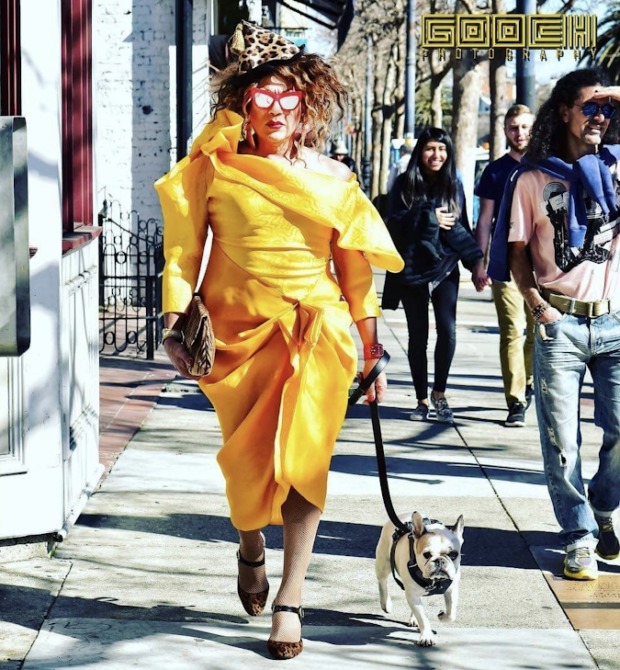 Last week, in Tempe, AZ, one of Uber’s self-driving cars, which you’ve no doubt seen some version of being tested on San Francisco’s busy streets, crashed into a 49-year-old woman named Elaine Herzberg, and killed her. Which has me wondering, among other things, who do we hold responsible when an autonomous robot kills someone? Well, more on that in a bit.

My little dog companion Jackson and I love to go for walks around our beautiful city of San Francisco. Our long journeys on foot and paw take us to far-flung destinations, including Fort Mason Center, Pacific Heights, North Beach, Embarcadero, South of Market, Hayes Valley, The Castro, and the Mission District. Whether I’m having my new shoes stretched or scrounging for locally-sourced ingredients, I’m usually on foot. By now, I’m an expert at seeing danger ahead: the overlong intersection, the automobile speedways, the blind corners, the potholes just big enough for Jackson to get stuck.

Related: Juanita More on how to get invited to her nude dinner parties: Send me naked selfies!

When I lived in the Castro during the early 80’s this guy I was dating gave me one of his bikes, which I rode every now and then. I was never really confident about riding in the city and seldom wore a helmet. Riding down Beaver Street headed down Market Street, I reached the intersection of Church and 14th, my front tire got stuck in one of the muni tracks and I got tossed off my bike like a salad. Not cute.

For Christmas one year, I got a Huffy metallic-orange banana seat bike. I loved that thing and rode it around my neighborhood with great pride. I once out-biked an off-leash Doberman Pinscher, who chased me for at least five blocks like I was fresh meat. He locked his teeth into my left ankle, and I peddled until he let go.

Ok, maybe I’m getting off track. What I’m trying to say is, I don’t know if I can get back on a bike again on these dangerous streets, and videos of self-driving cars killing poor women while they cross the street aren’t helping…

Back in 2012, Lynnee Breedlove created the non-commercial 24/7, queer cab service called Homobiles. A godsend to the LGBTIQQ community and its allies. I remember many late nights when Lynnee would sit parked outside some speakeasy in their chariot as though a queen was waiting to emerge. 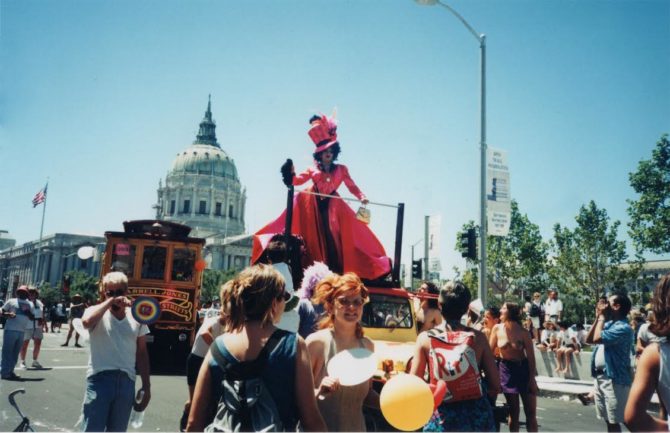 And emerge I did, in the wee hours of the morning with my wig sideways, missing a fingernail and some dude acting like he was holding me up. Lynnee and Homobiles always got me home safely. Every single time. They are now a 501c3 nonprofit and are still one of the most reliable ways to get around town safely. Hot on the take of an emerging industry, the demand to ride was big when they first started. Somewhere around this time, the demand for me was also getting big, and I needed more than one or two car services some nights. So, like most urban denizens with a smartphone, I added Uber to my list.

Well, Uber had just started and its model looked like a rip-off of Homobiles. I learned rather quickly that they weren’t. There were three specific occasions when Uber drivers declined to take me as their passenger based on my appearance. I wasn’t happy when it happened the first time, the second time made me mad, and the third time sent me into action.

I started off by deleting the app. Then I went to their offices and talked to them about setting up better training for their drivers. Finally, I asked them to make a donation to the nonprofit of my choice. They didn’t have much of a choice, but I did. And I have never used Uber again or Lyft. 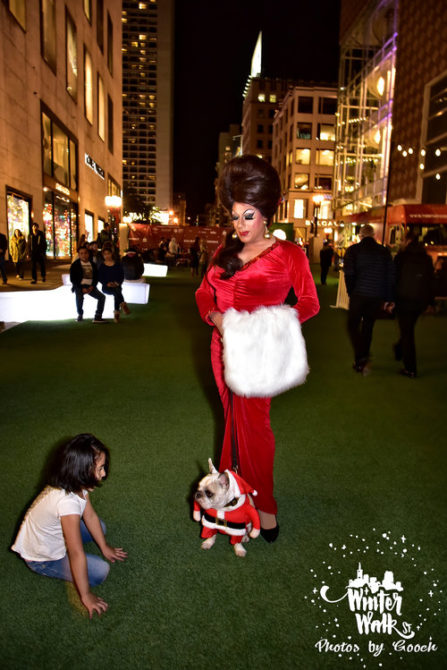 Some say taxis are too expensive. Well, there are some great reasons why. First of all, their drivers are actual employees, unlike the rat-race gig drivers of Uber and Lyft, some of whom make so little money that they are forced to sleep in Safeway parking lots instead of driving two hours home to their families. The union was created to make sure workers were paid a decent wage, and until their unregulated competitors rode in, they did. The drivers also have insurance, safety and maintenance checks, and are required to be accessible to people with disabilities, people of all races, genders, sexualities, ethnicities, and yes, even drag queens.

The high-powered lobbyists and billionaire campaign financiers have not only bought policies at the state and local level, they’ve poached public employees for those high-paid lobbyist gigs. The same people that helped let those regulations slide are still working the halls of City Hall and within the mayor’s office. I’ll just leave that right there.

If I sound like I’m mad, it’s because I am. I’m mad that as a society we are forced to rely on private transportation to get around town. And I’m mad that the free market and its unrestrained profit motive is creating hazards for Jackson and me when all we’re trying to do is walk to the market. In June of 2016, Governor Jerry Brown, Senator Jerry Hill, Assemblymember Mike Gatto and then Senator Mark Leno announced a huge agreement to transfer oversight of ride-sharing companies from the California Public Utilities Commission to the California State Transportation Agency which includes the Department of Motor Vehicles.

This could quite possibly even things up a bit more on our city streets. There is an overwhelming number of vehicles on our streets today. Just about every year in San Francisco over 200 people are seriously injured and about 25-30 lose their lives while walking, biking, or driving around town. Leadership from our elected officials to adopt policy changes that will make our clogged city streets safer is so important. This is why I am also excited about Supervisor Aaron Peskin’s plans to place an initiative on the November ballot that would tax car sharing companies in order to fund things such as public transportation. Chicago, Philadelphia, Massachusetts, and Seattle have passed similar taxes so it’s time for San Francisco to catch up.