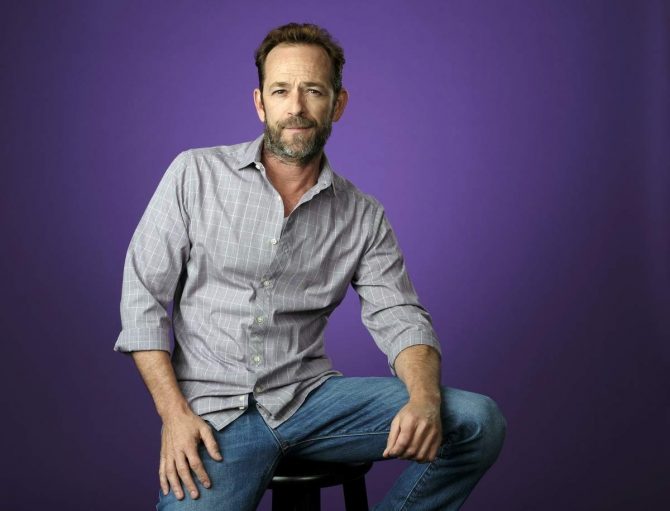 Perry, known for his roles on Beverly Hills, 90210 and Riverdale passed away the morning of March 4 after suffering a massive stroke the previous week.

The actor had amassed a long resume for his appearing on television, most successfully on soap operas like Another World. As the rebellious high schooler Dylan, Perry achieved megastardom, becoming a style icon, teen heartthrob, and household name.

Following his long stint on 90210, Perry went on to appear in films like The Fifth Element and on stage in a London production of When Harry Met Sally.

He also took on a pair of notable roles as a gay character in Will & Grace and Spin City.

Perry leaves behind two children, Jack (born 1997) and Sophie (born 2000) from his marriage to Rachel Sharp. The couple remained married from 1993 to 2003. At the time of his death, Perry was engaged to girlfriend Wendy Bauer.

Related: Hot TV Dads From The ’90s Who Totally Made Us Realize We’re Gay