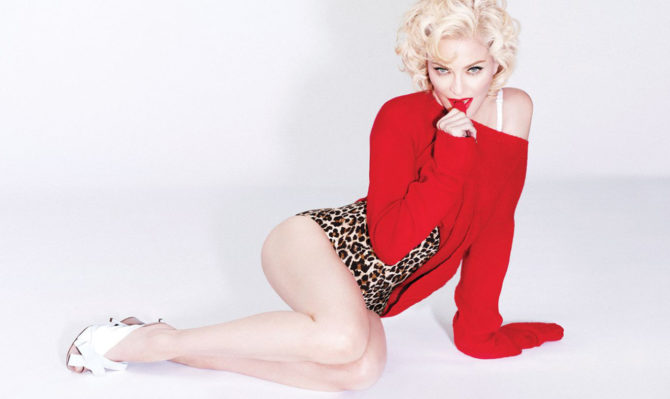 Madonna‘s obnoxious kid bother is back and he’s spilled the tea again.

Nearly a decade after writing a tell-all book Life with My Sister Madonna, in which he painted the pop queen out to be an absolute monster, it looks like Christopher Ciccone has more to say about his famous older sister.

In the book, Ciccone basically accused the singer of being a money-hungry, youth-obsessed Kabbalah practitioner with horrible taste in men who treats everyone, even her closest friends, like complete shit and only cares about one thing: herself.

Um, is anyone surprised?

Not only that, he says, but after their falling out, his “horrifying” sister tried to destroy his career.

Speaking to The Sun, Ciccone said: “When I got back to L.A. my 500 acquaintances suddenly turned out to be four friends.”

“She’s quite powerful in Los Angeles, in the industry. I was working in the industry doing music videos and tours and it was difficult to get work, if not impossible.”

Ciccone also said he doesn’t think the treatment he received was fair, and that the things he wrote really weren’t that bad. He could have written a much more “horrifying” book if he had wanted.

“I could have written that book, the book about how horrifying she is or can be, but I didn’t write that book. I was just looking for a little recognition for the work I’ve done for 20 years with her, that it wasn’t one person.”

Be he didn’t stop there. Ciccone also used his time on the soapbox to bash his sister’s live shows since she stopped asking for his creative input over 20 years ago.

“Her performance lost its theatricality to me and lost its connection to the audience,” he says. “That was disappointing. How many tours have there been since ’94? Five? It’s difficult to watch them because I know what she’s capable of.”

If this is Ciccone’s way of winning back his sister’s good graces, he may want to reconsider his approach.