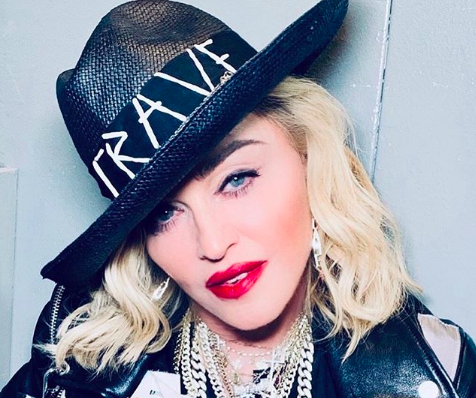 Madonna‘s latest comeback is shaping up to be a real mess. Not only have all three singles from her forthcoming album Madame X failed to make a dent on the charts, but the singer is currently en route to Israel, where she may or may not be performing at the Eurovision Song Contest finale in Tel Aviv this weekend. It’s not totally clear.

According to Madonna, she is performing.

According to the show’s producers, she’s not performing.

And according to protestors, she shouldn’t be performing.

Yesterday, Eurovision’s executive producer Jon Ola Sand said Madonna was “never confirmed as an act” despite the fact that her marketing team has been promoting her appearance for weeks.

Sand noted that Madonna never signed a contract and “if we do not have a signed contract, she cannot perform on our stage.”

Meanwhile, the European Broadcast Union also put out a statement stating, “No final decisions have been made, or agreements signed, regarding a performance by Madonna at the Eurovision Song Contest 2019.”

Adding a layer of confusion to the matter, a spokesperson for Sylvan Adams, the Israeli-Canadian billionaire who is personally paying for Madonna to be there, said the singer is already “on her way” to Israel to take part in the show, which is expected to draw around 200 million viewers worldwide.

And then there are the protestors.

News that Madonna had been booked as a guest performer had provoked opponents of Israel’s occupation of the Palestinian territories to demand she re-think her commitment.

But in a statement to CNN, the singer said, “I’ll never stop playing music to suit someone’s political agenda nor will I stop speaking out against violations of human rights wherever in the world they may be.”

“My heart breaks every time I hear about the innocent lives that are lost in this region and the violence that is so often perpetuated to suit the political goals of people who benefit from this ancient conflict. I hope and pray that we will soon break free from this terrible cycle of destruction and create a new path towards peace,” the statement continued.

The whole thing is, frankly, a sh*t show. Or, as Sand politely put it at a press conference yesterday, “a bit strange.”

When asked point blank whether Madonna would appear on the Eurovision stage this weekend, he replied: “We are in a situation now that is a bit strange. We have an artist who would like to participate in the Eurovision Song Contest, and who we would love to welcome on that stage, but for that we need to have the framework secured.”

Look, we want to see Madonna succeed. Really, we do! But so far the rollout for the Madame X era has been rocky, to say the least.

Here’s hoping the actual album isn’t as big of a disaster.