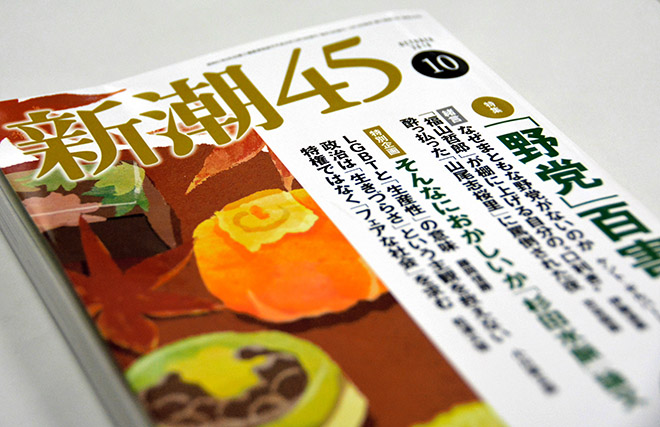 A series of homophobic articles led to the end of a longstanding Japanese magazine, and it’s quite the master class in digging yourself deeper and deeper into a hole.

The shortlived saga began with an article published in the magazine Shincho 45, founded in 1985 and published by Shinchosha Publishing Co.

In the August issue, Mio Sugita, a junior lawmaker in the ruling party, the Liberal Democrat Party, made some off-color arguments about LGBTQ people.

She connected the imaginary dots that because queer couples are “unproductive” in procreation, they should not receive any taxpayer support.

The flawed logic drew the attention of Japanese Prime Minister Shinzo Abe, who shared his personal reaction to the article. He said he found it particularly upsetting since he is childless, and urged Sugita to be “more mindful of her words.”

However, he made no call for her to step down from her position in the government.

But the fun didn’t stop there.

In its following issue, Shinco 45 decided to publish seven articles defending Sugita’s piece, in a series titled “What’s so Wrong About the Mio Sugita Article?”

An alternative title could have been “How to Lose a Magazine in 10 Days”.

One of the more unsavory entries in the series came from Eitaro Ogawa, who coined the term “SMAG” as a comparison to LGBTQ people.

Since it begs the question, “SMAG” stands for: sadist, masochist, ass fetish, and groper.

“If someone dares to complain SMAG is absurd, to hell with that. To someone as traditionally conservative as I am, LGBT sounds equally absurd, too,” he wrote.

Ogawa offered up another idiotic thought experiment: If the LGBTQ community can be protected, “shouldn’t our society also protect the rights of gropers [who] can’t resist the urge to grope once they have caught a whiff of a female’s smell on a crowded train?”

“It is undeniable that our editing of articles and scrutiny of feature series in the pipeline has grown perfunctory over the years as we struggle with the magazine’s dwindling circulation and numerous trials and errors,” the publisher added in a statement.

Shinchosha Publishing Co. announced that it is indefinitely shuttering Shincho 45 as a result of the coverage.