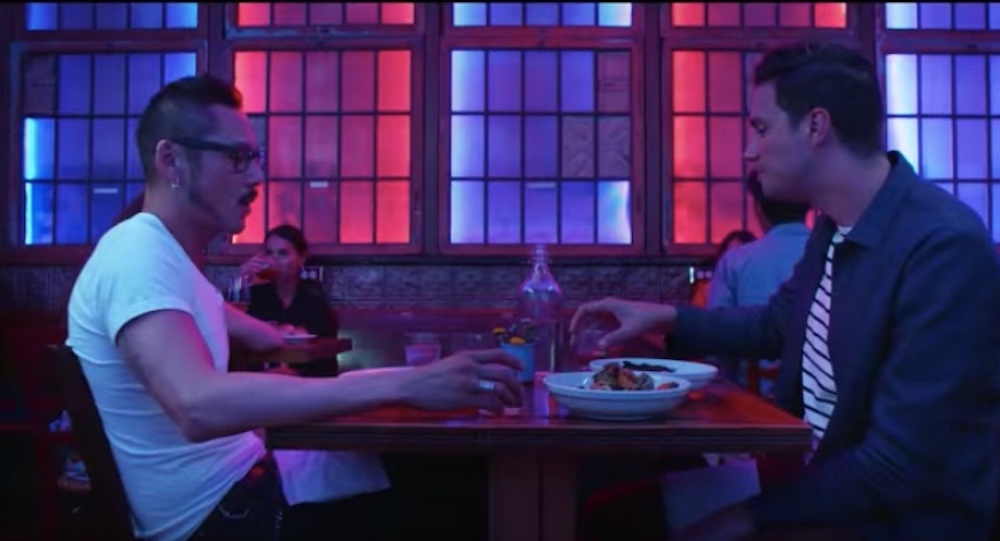 Netflix recently released the trailer for Dating Around, their first-ever romantic reality show which will include a gay Asian dude and a lesbian black woman looking for love with different suitors.

The show, which premieres on Valentines Day (awwww), will feature single people going on five first-dates with a line-up of different mates.

Dating Around uses diversity as a selling point. The cast also includes an older male suitor dating women close to his age, but we wish they’d included a disabled person or a person of size. Oh well, maybe in season two.

Here’s the Dating Around trailer:

It’s nice that Netflix is helping normalize queer people of color into their reality romance series, especially since we see so few in mainstream ones.

Take The Bachelor, for instance. Even though comedian Billy Eichner offered to be the first openly gay “prize” in ABC’s reality TV romance competition, the show isn’t likely to ever run a gay version. The show has had through 23 seasons and only featured a bachelor of color in its 18th season, a Venezuelan dude who referred to gay people as “perverts.” Thanks, ABC.

But there’s at least hope for queer people of color on cable and elsewhere. Two years back, Log0 aired Finding Prince Charming, in which a hunky Latino sought love with a group including several men of color.

And if those seemed too tame, viewers could always flip over to the Zeus streaming service for Titi Do You Love Me?, a reality show parody featuring a genderqueer black lover finding love through wrestling matches and full-on punch-drunk breakouts. Nice.