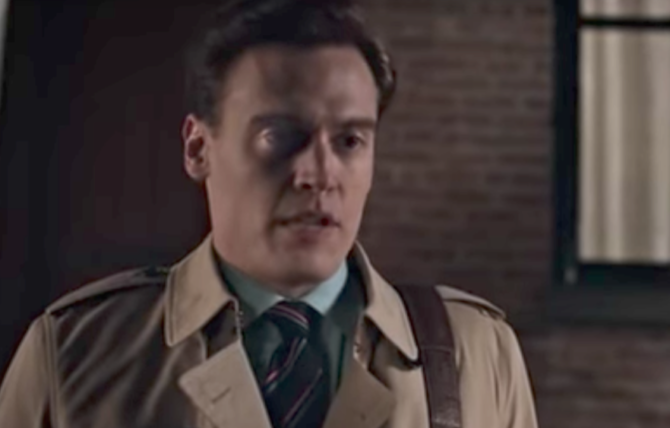 Mainstream TV sure has come a long way.

It wasn’t that long ago that a character’s sexuality being anything other than heterosexual would cause shock waves of controversy across middle America. Slowly but surely, audiences became more comfortable with gay and lesbian characters.

But there’s still a pretty big gap when it comes to bi representation on the small screen, and CBS’s Madam Secretary took a step to close it during its most recent episode.

Not only that, the show managed to cram in a pretty wonderful lesson in along the way.

In the show, Secretary of State Elizabeth McCord’s (Téa Leoni) personal assistant (Erich Bergen) comes out as bi to his boss.

Here’s some of the dialogue:

“This is hard for me because I’ve experienced a lot of weird bi-phobia from everyone: gay people, straight people. I’ve gotten used to keeping people at arm’s length.

But I realize now it’s maybe kind of the opposite, that if I can’t be honest with people about who I am then how can I ever have an honest experience with them?”

Leoni’s character doesn’t say much, but her actions speak louder than words.

Is it an Emmy Award-winning moment? Eh, no. But we tip our hats all the same.

Check out the full scene below: