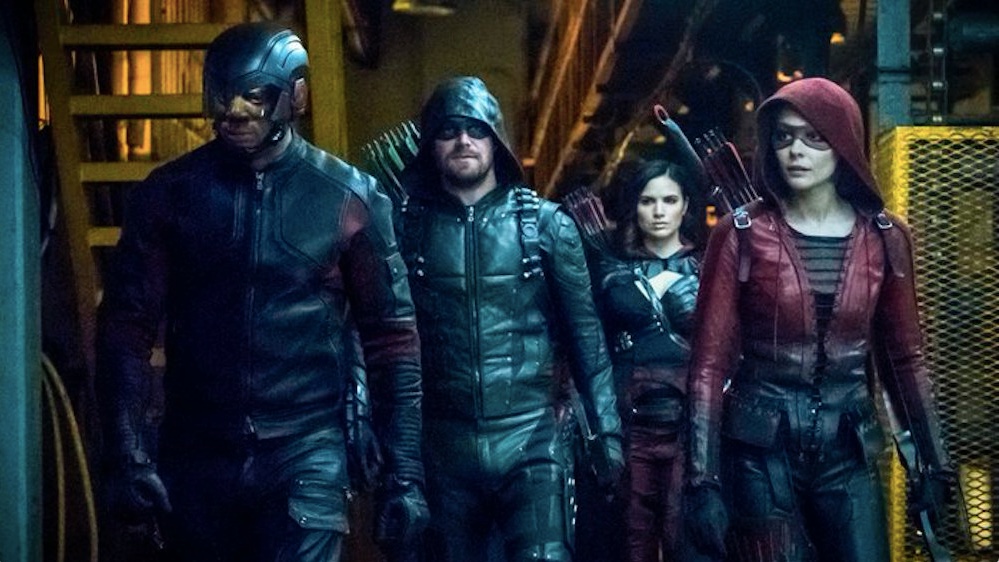 In the latest episode of the CW superhero drama series Arrow, an important character just came out as gay, and gay fans are delighted.

Spoiler Alert: Now in its seventh season, the show revealed that the main character’s son, William, has an ex-boyfriend, establishing his gayness (or possible bisexuality).

Related: Superheroes Can’t Save Us From Villainous Trump. But DC Comics Just Might

In the most recent episode, William tells Roy Harper (a super heroic vigilante played by gay actor Colton Haynes) that William’s father, Oliver, was largely absent during his childhood. He jokes, “And my ex-boyfriend wonders why I have commitment issues.”

Now that it’s confirmed that both William and Nora are 100% gaybies I need to see Barry and Oliver at a pride parade. Make the fan art. You won’t. #Arrow #TheFlash pic.twitter.com/m3xenffSPd

Catching up on #Arrow. When adult William said "and my ex-boyfriend wonders why I have commitment isuues" I had to pause the episode to scream in gay for 10 seconds. Not kidding. At. All ???

So William is going to be gay? ? I remember joking that Berlanti won't be happy until there's less than 15% heterosexuals in the arrowverse. Looks like I was more right than I knew!

me finding out william had an ex-boyfriend #arrow pic.twitter.com/pcrQzH4FbG

LMAO @ all the homophobes crying because William mentioned his ex was a guy.

In real life, Stephen Amell, the actor who plays Arrow‘s central character, Oliver Queen (the titular Green Arrow), has shown his support of the LGBTQ community by shutting down homophobic trolls who criticized his pictures of himself at the 2017 Vancouver Pride celebration.

Via Facebook, Amell responded, “If I’m in Vancouver next year I won’t just go back, I’ll walk in the parade,” he wrote. “So for everyone in their negative pants: Go be on the wrong side of history on somebody else’s Facebook page.”