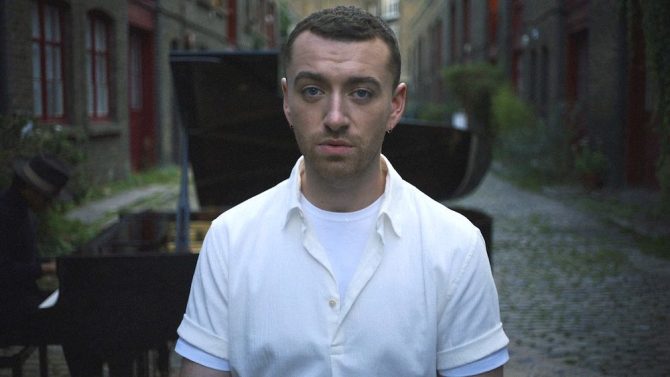 Speaking with actress Jameela Jamil on her new online show “I Weigh Interviews” this week, the 26-year-old platinum-selling artist came out as genderqueer and non-binary.

“I’ve always been very free in terms of thinking about sexuality,” he says. “I’ve tried to change that into my thoughts on gender.”

Smith goes on to say identifies as both genderqueer and non-binary, explaining, “You do not identify in a gender. You are a mixture of all these different things.”

“You are your own special creation. That is how I take it. I am not male or female. I think I float somewhere in between–somewhat on the spectrum.”

Related: WATCH: Sam Smith surprises fans with something wriggling into his mouth

Smith says that how he feels depends on the situation. For instance, he often feels “very feminine” during sex with men.

“I’ve sometimes sat there and questioned, do I want a sex change? It’s something I still think about, but I don’t think it is (something I want).”

Smith makes another startling reveal in the interview: he had liposuction when he was 12 years old.

The singer explains that his doctor recommended he have the procedure done on his chest because his oestrogen levels were too high.

“At the time, I was very happy about it,” he recalls. “It didn’t really change anything.”

Related: Sam Smith and Brandon Flynn have something naughty to show you

He continues, “I think I put the weight back on in like two weeks, cause I hadn’t figured out my relationship with food. But being 12 years old and having liposuction on your chest is quite a big deal.”

Smith says he bullied about his weight beginning from the time he was 11 and continuing throughout high school and into adulthood, which he says has been “the basis of all my sadness” for years, and which he is now in therapy trying to work through.

“Literally everything I’ve ever been sad about is my weight,” he confesses. “I struggle with it every day.”

He has been reluctant to speak much about it, however, because he says it “feels a bit weird” to reveal such personal things to the world.

“It doesn’t feel manly, does it, to talk about how I feel in my body every day,” he says. “But that’s what I’m trying to fight against.”

Related: Everyone thinks this is a photo of Sam Smith having sex

Ultimately, he says, whether it’s dealing with one’s sexuality, gender identity, body image, or anything else, the most important thing to remember is practicing self-love.

“Self-love, I think people think it’s a destination,” he said. “It’s a practice.”