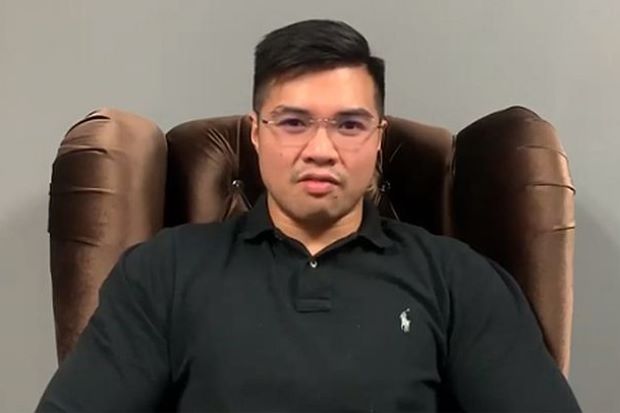 Haziq Aziz, the Malaysian cabinet member who was recently outed by a leaked gay sex tape, is asking Malaysian Prime Minister Mahathir Mohamad to be “fair” in his response to the ensuing scandal.

Related: The next Russia? Malaysia weighs harsh policies cracking down on gay events

“The explicit video that has been recorded was an act of treachery, and I have been made a [scapegoat]” Aziz said in a video posted to Facebook on June 29.

“I hope that Dr. Mahathir would be fair in this matter, as my family and I are not rich and it is difficult for us to face the future.”

News of the scandal broke in June when a video of a sexual encounter between two men was leaked online. Aziz later admitted to appearing in the video, saying it was recorded in a hotel room in May without his consent.

He later told The Star that the scandal wreaked havoc on his political dreams. “I have to forget about becoming a politician,” he said. “The Malay-Muslim community can’t accept this kind of behavior. But one thing is I admit, I did it. It was a mistake, and the right thing to do was to confess.”

Aziz also told the newspaper the news affected his loved ones, as well. “My family is very sad because my family is very conservative,” he said. “And they want to [take care of] the good name of the family.”

He added: “I don’t have my phone now. I have thrown it away as I am afraid that someone will track me and kill me. I am very paranoid now.”

Homosexuality is illegal in Malaysia because of a British colonial era law, and it’s punishable by 20 years in prison and/or whipping, as we previously reported. But individuals across the LGBTQ spectrum have faced violence in the Southeast Asian country recently. In December, two men were beaten in the street, allegedly because they were having sex. In August, a trans woman suffered broken ribs and head injuries in an assault. And in June 2017, a teen died after being beaten, burnt, and raped in an alleged homophobic attack.