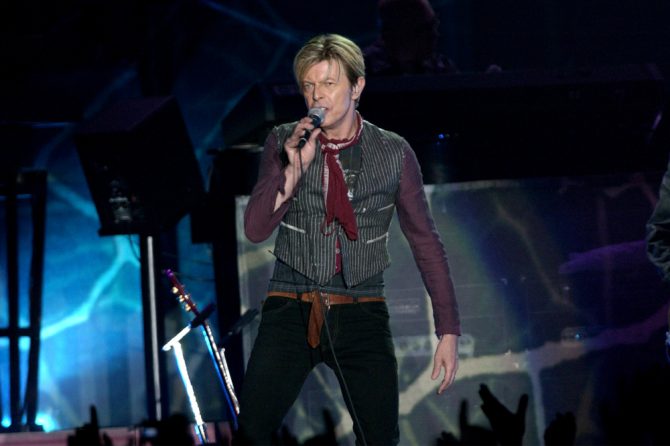 A man on Reddit caused an accidental frenzy when he posted a photo taken in 1988 of his dad and a shirtless David Bowie together on a motorcycle.

The photo, submitted with no explanation other than it was taken in Greece in 1988, received over 4,000 comments and almost 120,000 upvotes.

My dad with David Bowie in a vacation in Greece. 1988. from OldSchoolCool

But it turns out, what the man thought was just a cool picture of his dad with the rock legend, was interpreted by almost everyone else on Reddit as something much different.

“I firmly believe that Bowie was the coolest being to grace this planet,” one person wrote. “And that he and your dad f*cked.”

“Your dad’s hand positioning,” another said. “He’s a power thruster.”

“I had absolutely zero doubts Bowie was a top bloke,” a third person added. “But it’s nice that he touched someone else.”

“I’m jealous,” a fourth person remarked. “I wish Bowie f*cked my dad too!”

Related: That Time David Bowie Performed With Cher And Other Space Oddities From His Incredible Career

“There’s 89.69% chance your dad did the dirty with David Bowie,” someone commented. “Wear it proudly my friend.”

“There is also a 50/50 chance you are David Bowie’s kid,” someone else added.

“How many people in here can say David Bowie f*cked their dad?” yet another person wrote. “Maybe five people in this thread at most.”

“Your dad most definitely gave him a David Blowie,” a fourth person joked.

Luckily, the man was able to see the humor in it all. In a follow up post, he writes about what really happened:

So back in 1988, my dad went with his friends to a vacation in Greece. By extreme luck, somehow, my dad found David Bowie, riding on a rented motorcycle. My dad, who’s a really big fan of him, went to him and asked him if is it cool to take a picture with him. David agreed and even let my dad to seat on the motorcycle behind him for the picture. My dad, overly excited, set down on the motorcycle really close to David, and one of my dad’s friends took the picture for him.

The man goes on to say that he found the whole misinterpretation “really funny” and that when he showed his dad what people were saying about him and his favorite singer online he “laughed his ass off.”

Bowie came out as bisexual in a September 1976 interview with Playboy, saying, “It’s true. I am a bisexual. But I can’t deny that I’ve used that fact very well. I suppose it’s the best thing that ever happened to me.”

In 2002, he told Blender that he had “no problem” with people knowing he was bisexual, but that he did feel coming out so early in his career “stood in the way of so much I wanted to do,” particularly in the United States, where people were less accepting than in Europe.

Related: This just-unearthed demo of David Bowie’s 1983 “Let’s Dance” will give you chills