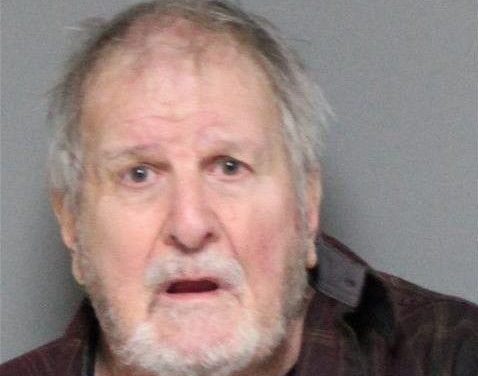 A Michigan man is accused of inciting a riot inside a gay bar after going on a butt-grabbing rampage, the Royal Oak Tribune reports.

75-year-old John Kuhlman allegedly grabbed a man’s butt two times before punching his friend in the face, then offered him money for sex, then started a fight that had nearly everyone inside the establishment throwing punches at one another.

This week, Kuhlman had a video hearing with the Ferndale 43rd District Court after being arraigned back in March.

According to police, an unnamed 37-year-old man was enjoying drinks with his friend when Kuhlman approached and immediately got handsy with him.

“Mr. Kuhlman twice grabbed the victim’s buttocks without permission,” Sgt. Baron Brown told the court. “The victim’s … friend intervened and told the suspect to stop. At that point the friend claims Kuhlman socked him in the face.”

After punching the man’s friend, Kuhlman allegedly propositioned the 37-year-old for sex.

“After grabbing the victim, the suspect made a statement to the … victim that he had a lot of money and asked the victim if he wanted to go home with him,” Brown said.

Employees at the bar witnessed Kuhlman punch the man’s friend and intervened. As they were kicking him out, he began punching them as well. Soon an all out brawl broke out, with everyone in the bar fighting everyone else.

Police were called and arrived a short while later to find the place in complete chaos.

“When we arrived we found a pile of people on the floor in the bar with Kuhlman trying to get up and get away,” Brown said.

Kuhlman is charged with fourth-degree criminal sexual conduct, which is punishable with up to two years in prison. He also faces two additional counts of assault and battery.