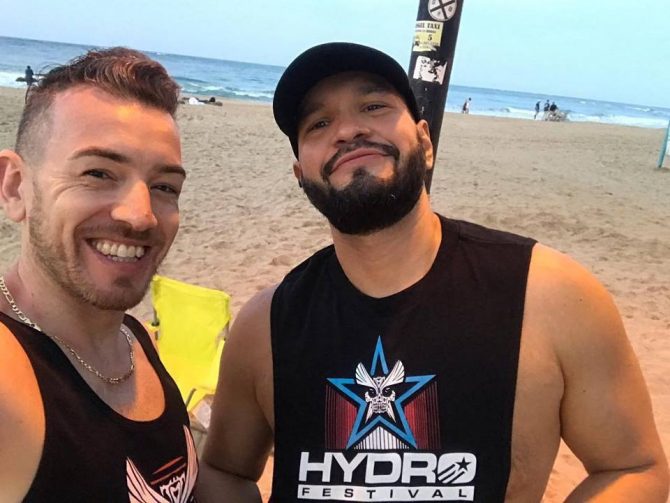 The manager of a tattoo parlor in Jackson Heights, New York who screamed homophobic slurs at a gay couple before getting into a physical altercation with the men will not be charged with a hate crime, the DA’s office says.

26-year-old Mohammed Hoque was caught on camera going off on husbands Jeremy Valarezo and Joseph Sokolowski after they refused to have their IDs scanned while trying to purchase a pipe from Village Moon Tattoo Shop.

In a cell phone video shot by Sokolowski, Hoque can be seen arguing with the couple, shouting “Get your bullsh*t, f*ggot *ss, outta here!” before saying he was keeping their money without giving them the product they had just paid for.

WATCH: Village Moon tattoo parlor manager calls local residents, a married gay couple, "faggots" then punches one of them. We will not let this stand! Queens must remain a safe place for LGBTQ+ people.

According to Valarezo and Sokolowski, after shouting the antigay slurs at them, Hoque punched Valarezo in the face then chased Sokolowski out of the store, where he punched him as well.

But Hoque tells a slightly different story. He admits he attacked Sokolowski, but says he only did so after Sokolowski spit in his face and knocked down a store display.

Police were called and both Sokolowski and Hoque were arrested. Hoque was charged with two counts of assault. Meanwhile, Sokolowski was slapped with a criminal mischief charge.

Last week, Hoque pleaded guilty to assault in the third degree and harassment in the second degree. But many are wondering why his transgressions weren’t classified as a hate crime.

“The case was thoroughly investigated by the Hate Crimes Task Force,” said a spokesperson for the DA’s office said.

“Our office consulted at length with the attorneys for both sides, as there were cross criminal complaints in regards to the incident. All defendants agreed with the disposition of the case, which included anger management and sensitivity training.”

But not everyone is satisfied with this resolution.

Council Member Daniel Dromm, who recently held an anti-hate rally outside the Village Moon Tattoo Shop, believes the assault should be treated as a hate crime.

“The use of the f*ggot word will no longer be tolerated or no longer be let go without some type of a community response,” Dromm says. “This is not acceptable in our community.”

Sokolowski is scheduled to appear in court on April 19 where his charges will likely be dismissed, a spokesperson for the DA’s office says.