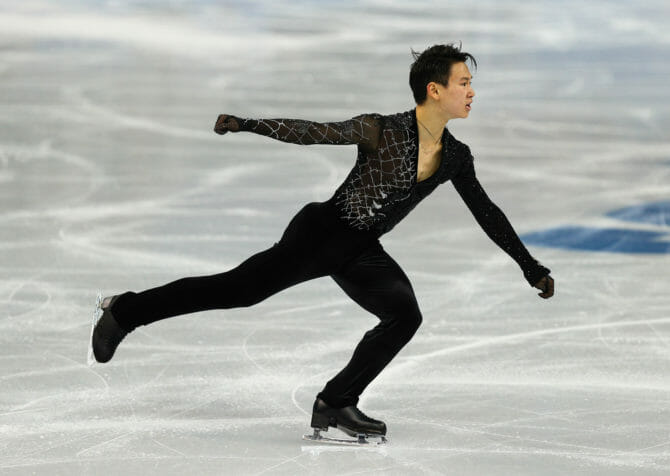 A suspect in Kazakhstan has confessed to the murder of Olympic figure skating bronze medalist Denis Ten, according to authorities.

Nuraly Kiyasov “confessed his guilt in the presence of an attorney” during an interrogation over the Thursday stabbing death of the 25-year-old skater in the Kazakh city of Almaty.

Further details regarding what Kiyasov said during the confession have not been made public.

Also in police custody is 23-year-old Arman Kudaibergenov, who is being questioned in connection with the murder.

Ten was reportedly stabbed following an altercation with some men who were trying to remove and steal a mirror from his car. He died later in the hospital of multiple stab wounds.

The skater took home the bronze in the Sochi 2014 games, making him Kazakhstan’s first Olympic medalist in figure skating. In addition, Ten won the Four Continents championship in 2015. He was also a world championship silver medalist in 2013.

Recently, he’d been working on a film script.

The news has rocked the skating community, as well as the athletic community at large.

My skating friend, @Tenis_Den, passed away today. He was so kind to everyone and a huge inspiration to me and so many other people. Murdered in the streets of Kazakhstan. Denis, thank you for showing us how to be a champion. Your time with us was way too short. Love you forever.