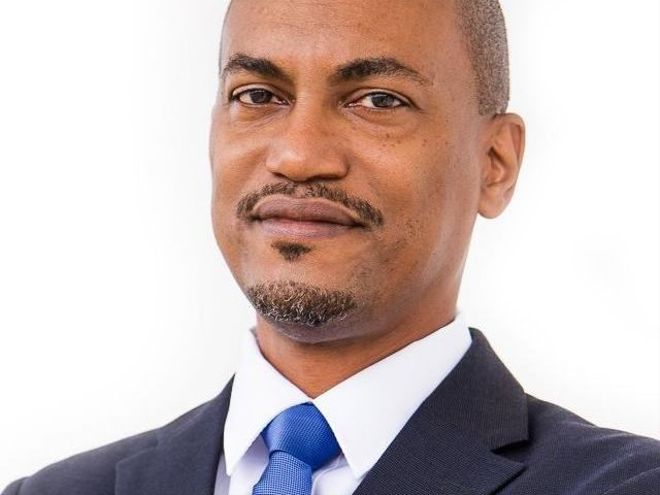 Carlton Smith hopes to make history this November by being elected to the Mississippi State Senate. If he does, he would become the first out LGBTQ person ever seated to the state legislature, as well as the first Black representative in his district’s history.

“Knowing what it’s like to be marginalized from an early age has made me a stronger and a bolder person,” 55-year-old Smith, who grew up in the small town of Holly Springs, Mississippi (pop. 7,621), tells New Now Next in an incredible new interview.

“It’s given me an additional level of creativity, perseverance, and belief in myself, in spite of what other people think or believe is possible for me and other LGBTQ people.”

Season's Greetings from the campus of Rust College in Holly Springs #MS01 #daretobelieve18 #carltonforcongress To support our campaign for a better Mississippi and a better nation, please visit www.carltonforcongress.com/donate. Thank you!

But Smith knows he has a tough fight ahead of him.

Not only is he currently competing against four other candidates in the Democratic primary, which will be held in August, but if he gets his party’s nomination, he’ll be going up against a Republican incumbent, Rep. Neil Whaley, in the general election this November.

Then, of course, there’s the fact that Mississippi isn’t exactly known for being the most gay-friendly place.

The state has passed numerous “religious freedom” laws granting businesses the legal right to discriminate against people LGBTQ, and it offers no statewide discrimination laws based on gender identity or sexual orientation.

And New Now Next notes:

Gaining his party’s official endorsement would be a profound reversal from 2018, when U.S. House candidate Michael Aycox was reportedly told by a representative for the Mississippi Democratic Party that the state would “never” have an openly gay Congressman. Aycox, who married his husband six years ago, was ultimately trounced in the primaries by a nearly 40-point margin.

I just love this! #hollyspringsms , we need to take some notes from #senatobiamainstreet and create more cool outdoor gathering/performance spots like this. As the next State Senator for District 10, I’ll sponsor and support legislation that funds revitalization of our small-town Main Streets. #tatecountymississippi #smithforstatesenate #carltonesmith

But Smith, an eternal optimist who has been an ordained minister for 24 years, believes he can win voters over.

“I’ve really learned how to listen deeply to people,” he says, “their wishes, dreams, fears, and concerns.”

It is something Smith says he has done his entire career as a minister, and something he hopes to continue doing in the state legislature.

Related: Michael Aycox discovered the travails of coming out while running for Mississippi House seat