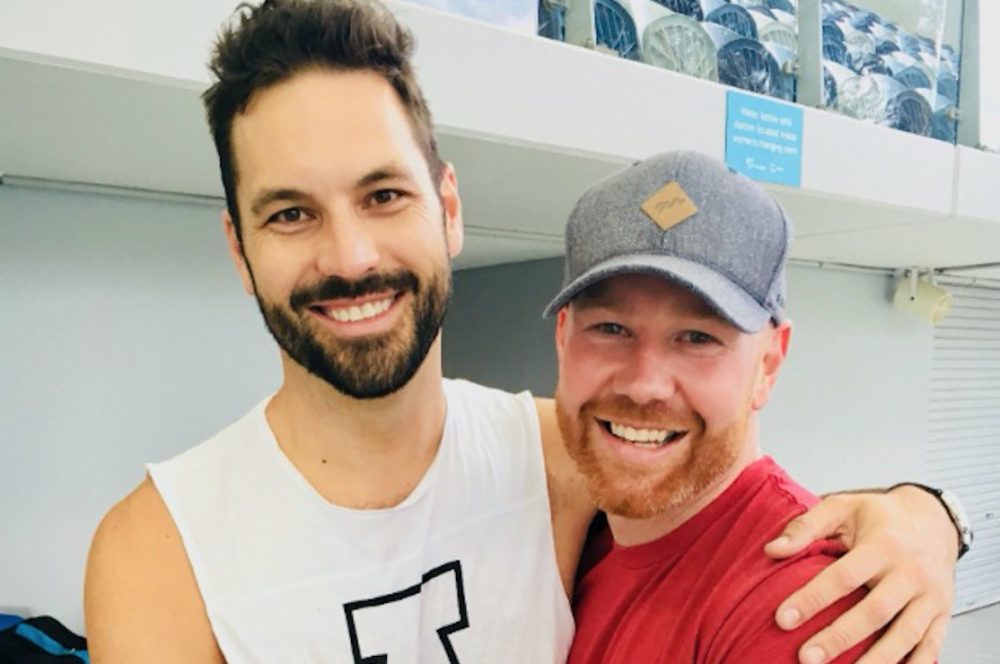 We’ve seen a lot of wedding proposals over the years. A lot.

But we’ve never seen one that incorporated half a dozen Speedo-clad water polo players, and frankly that’s a bit surprising.

Well, the day has come.

On the heels of Australia’s “Yes” vote for marriage equality, Mark Keevers from Melbourne heading off to support his partner Andrew at his water polo match… which he’d decided was the perfect place to pop The Question.

After the Melbourne Surge squad’s match wrapped up on Thursday, Mark strutted poolside as Jess Glynne’s “Holy My Hand” blasted (the song is one of the couple’s faves.)

Related: Darren Criss removes his Speedo to show off his stunning sunburn

Throwing a rainbow flag towel over Andrew’s shoulders, Mark asked him for his hand in marriage — while Andrews teammates stood in a row to spell out “Marry Me” on their Speedo-clad butts.

“He is just everything,” Mark offhandedly told The Star Observer.

“He has this passion for everything he does. We have the same values, and want the same things, it’s perfect.

The little things we disagree on – like the fact I hate coriander and he loves it – are not big.”

Hating coriander is a total deal-breaker to us, but to each his own.

“The Yes result is completely validating,” Mark said. “To see that people in my own country see me as legitimate and the same.”

“The proposal was timed accordingly – I thought, I’m going to get a Yes win in the postal survey and make sure he knows about it the next day.”