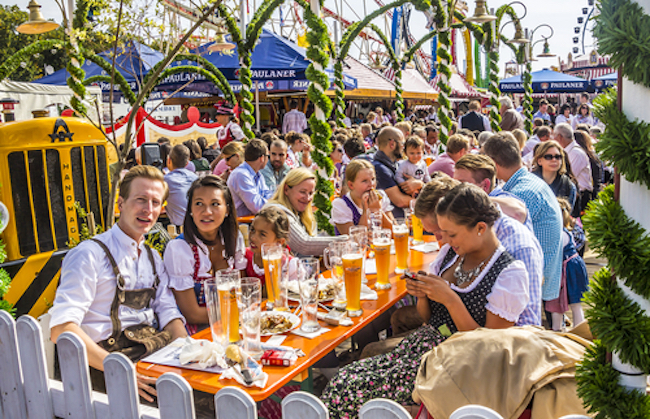 At least year’s Oktoberfest, there were 31 sex crimes reported — up from the 21 cases reported in 2015.

In one instance, a man who raped another man at the German beer celebration won’t have to serve jail time, because he claims he simply isn’t gay.

The incident occurred at Octoberfest in Munch , and involved a 38-year-old lawyer from Ukraine who raped an unconscious 32-year-old American.

According to Attitude, the rapist — known only as “Sergeii C” for some reason — forced his victim to perform oral sex.

He admits that copious amounts of alcohol informed his decision.

“I had drunk at least six litres of beer,” he told the court. “I cannot explain it myself. I am not homosexual.”

Calling the incident one of “spontaneous affection,” Sergeii CC assured the court he “would have never done it” unless he was absolutely certain the man would’ve consented.

Instead of jail time, he was given a two-year suspended sentence instead.

The sex crime was witnessed by two Spanish tourists attending the festival, and they initially thought they were watching a robbery.

“He grabbed the victim in the leather pants at the front,” one said to the court.

“We thought at first it was a robbery. But then he made clear movements that surprised us.”

According to The Independent, last year’s Oktoberfest attracted the lowest amount of visitors in fifteen years.