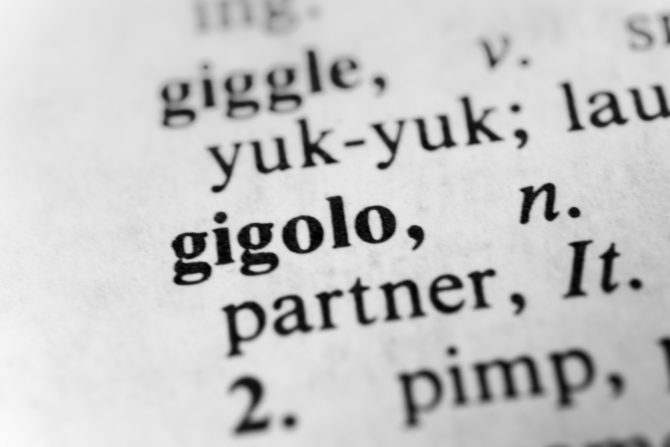 Da Xiong is a male sex worker from Inner Mongolia in Northern China. He’s been at his job for the past 12 years. He’s also married to a woman, and the father of a young girl.

“I feel like I’m a man with dual identities,” he tells Sixth Tone in a heart-wrenching new interview. “I’m living a lie.”

40-year-old Xiong, who identifies as gay, was first introduced to sex work 12 years ago by a trans woman named Cat Walk. He met her in a park when he was living on the verge of homelessness. She quickly took him under his wing.

“I lived with Cat Walk for three years, and one of her friends introduced me to sex work,” he explains. “It was easy money.”

His first night, Xiong says he was “really shy” but “I ended up with three men.” The money was better than he made at his job working in a karaoke bar, and before he knew it, he was a full-time sex worker.

Xiong met most of his clients in parks or on the street. After three years, he moved to Shenzhen, a city in southern China, where he began working as an escort at what he describes as “a luxury club.”

“It was a really high-end club: Around eight of us lived in a rented apartment, and we would be on call all day and night. Money was good, too, considering we only paid 30 percent commission to the club owners. We would end up staying overnight with some clients.”

Xiong would periodically take time off from escorting to do other odd jobs, including farming and restaurant gigs, but, inevitably, he would return to it.

“Being a sex worker was the easiest way to earn good money.”

In 2015, he was living with a female roommate. In addition to sharing an apartment, the two shared a bed.

“The next thing I knew,” Xiong explains, “she was pregnant. It just happened. I felt obligated to marry her–it was the right thing to do and also made my parents happy. Soon our daughter was born.”

His wife doesn’t know what he does for a living.

I usually travel to another city for sex work. It’s like a business trip, and that way, I can be far from home. My wife, however, thinks I work at a factory in Suzhou [in eastern China]. During our phone conversations, she usually inquires about my work, and I fabricate stories and send her photos of a factory where my friend works so she doesn’t suspect anything. If I don’t call regularly, she often worries that I might be having an affair with another woman. I lie to her every day.

“I don’t like this job,” he says. “It’s illegal, and I’m always scared of getting arrested or getting a disease, though I always play safe. And it’s a humiliating feeling, serving people who treat you like a dog.”

“If I had another chance,” he says, “I wouldn’t do this, and if I were reborn, I wouldn’t want to be born as a gay man.”