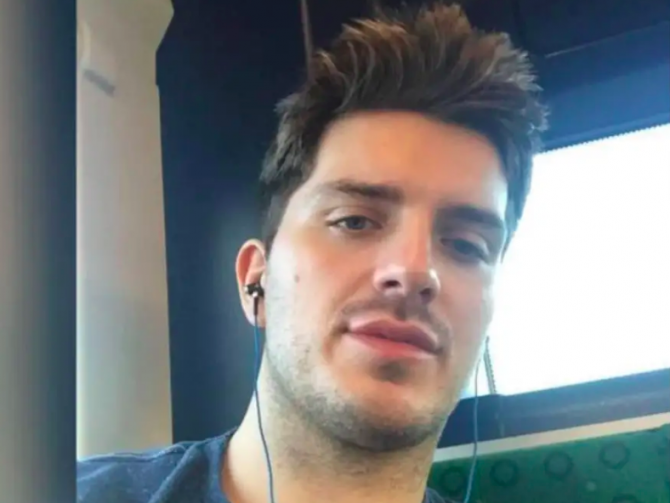 Daryll Rowe is the Scottish hairdresser and former Blake Mason model who was sentenced to life in prison after attempting to expose several unsuspecting men to the HIV virus. Now, he’s the subject of his very own documentary, and he says he’s really sorry about everything.

Prior to hooking up with them, he was accused of tampering with the condoms in an alleged attempt to expose his partners to HIV in hopes of passing it along to them.

He would then send them cruel messages. One of the messages read: “Maybe you have the fever cos I came inside you and I have HIV, lol. Whoops!”

Five of Rowe’s partners ended up testing positive for the virus.

The story received international attention and undermined some efforts to end the stigma of HIV.

In a new BBC documentary with the unfortunate title The Man Who Used HIV As A Weapon, Rowe speaks from prison about his crusade to expose as many people as possible to the virus for the very first time.

“I would like to say to the men in Scotland and in England that I am really sorry for my behavior,” he tells an interviewer by phone, “for being so naive and so reckless.”

“The main thing is that I hope that they can forgive me one day and they can try and live a happy life and put this behind them.”

During his trial, Rowe told jurors he believed he had cured himself of the virus by drinking his own urine, which he supplemented with natural remedies that included oregano, coconut, and olive leaf oils.

“I had in my mind I was going to cure myself with this urine therapy,” Rowe said, “that I almost used that as an excuse in my head for continuing have unprotected sex.”

“I thought in my mind that this must really be blocking it. I completely hold up hands for doing that, to not using a condom even when I was asked to.”

“In a high emotional state I definitely used it as a weapon to get a reaction from them which was really immature.”

The Man Who Used HIV As A Weapon airs later this month and also features several of Rowe’s victims, many of whom are speaking publicly for the first time.