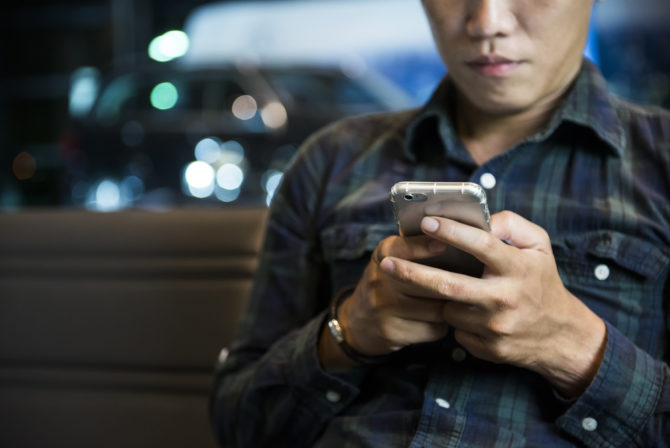 A man who claims he was sexually assaulted by a guy he met on Grindr says he received a photo of his attacker’s dead body a week later.

The sender: the NYPD Special Victims Division detective in charge of his case.

To make a long story short… James Koron Johnson was stabbed to death in his apartment in April 2017. The alleged assailant was David Keegan Riotto Haigh, who Johnson met on Grindr and who is currently on trial. Haigh claims he killed Johnson in self-defense after Johnson raped him.

Now, here’s where it gets a little more complicated.

The week before his death, Johnson allegedly raped another man he also met on Grindr. The victim is identified in the court documents by the initials R.S.

The same detective was assigned to both the rape case and the murder case.

In sworn testimony ahead of Haigh’s trail, R.S. says he was horrified after the detective “sent me a photo, by mail and text, of James Koron Johnson’s dead body lying on the floor of his apartment.”

Haigh’s lawyers hope to include R.S.’s testimony in the trial to support Haigh’s claim that he killed Johnson in self-defense and to emphasize how the NYPD messed up handling both Johnson’s murder and the earlier assault.

[The defense] argues that the jury in the upcoming trial should be allowed to hear about the earlier complaint against Johnson for sexual assault. It points to similarities between that alleged assault and what Haigh claims happened leading up to Johnson’s death, justifying Haigh’s sense that he stabbed Johnson in self-defense.

Both Haigh and the earlier victim have claimed that Johnson became “aggressive and threatening,” “ordered them to shower after having sex” to wash away evidence and “would not allow either man to leave his apartment” in Ingersoll Houses, according to the motion.

A judge has yet to rule whether the testimony provided by R.S. can be included in the trial.

Related: And the dating app most likely to get you raped, killed, or both is…