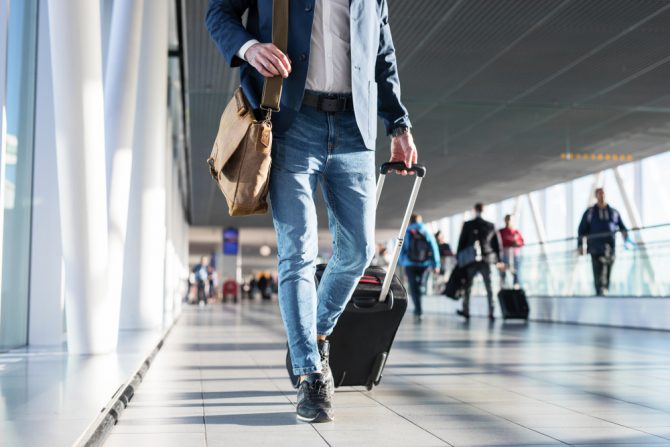 Tim Wright is a data scientist from London. Last month, he booked a last minute flight to Helsinki to meet up with a guy who he had just met on Grindr two hours earlier.

“It was boilerplate Grindr fodder, ‘what do you do?’, ‘what are you into?’, exchange with a couple of pics,” Wright recalled to Pink News.

“He told me that he lives in West London and was free to meet tonight, or after he gets back from his weekend away in Helsinki and jokingly said: ‘Unless you wanted to come to Helsinki?’”

So that’s what Wright did. 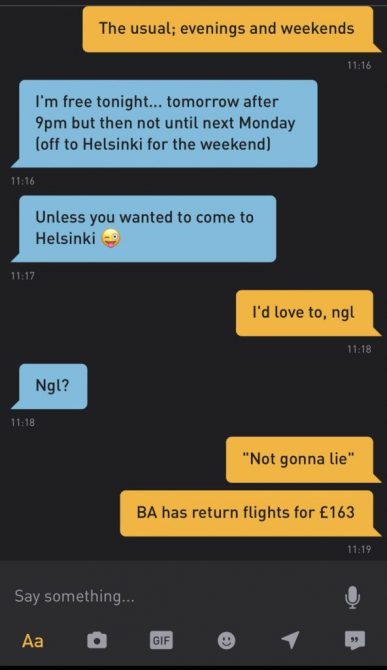 20 minutes later, Wright booked the flight… Then he asked for the guy’s name.

“It’s gotta be a better first date than getting too drunk in a Wetherspoons and making out in a back alley,” Wright told Pink News before his departure.

He later shared a screenshot of the chat. Naturally, Twitter had a lot to say about it.

See, people randomly book week ends away to meet and be spontaneous, and I don’t even ask for that much, just a spontaneous “let’s get coffee in a random coffee shop” 😭 you go girl, go get your man, this is such a cute story ! https://t.co/lyv5oGg339

Oh, yeah I think that’s…ok? Most of my new London friends are from Grindr/twitter so I suppose I’m constantly meeting new people that I don’t really *know* although Helsinki seems a little… excessive

I can’t meet guys I know are good guys and have been speaking to forever because I get anxious they won’t like me etc, this.. this is wild. I almost admire the confidence and spontaneity of it all, I could do with more of that! …but also, by all standards, this is just crazy. https://t.co/U9ayFRAhqf

No word yet on how the weekend went.

How far would you travel for a Grindr hookup? Sound off in the comments section below…