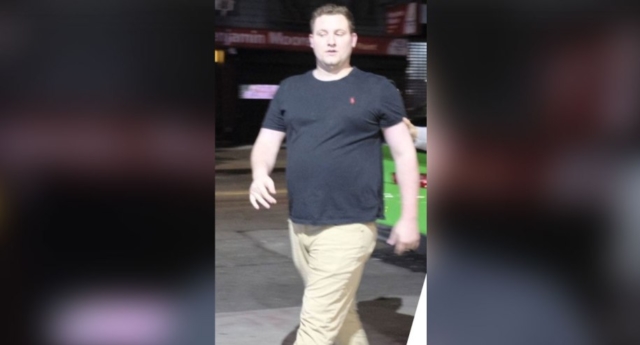 A New York City manhunt has ended with a suspect turning himself in for committing an alleged hate crime.

25-year-old Brandon McNamara surrendered to police after a two day search. Law enforcement had sought out McNamara after surveillance cameras captured him attacking a gay couple. After shouting homophobic obscenities, he threw one man up against a tree and punched the other in the face, knocking both men unconscious.

The attack took place in the Williamsburg area of Brooklyn, not far from a local gay bar. The victims, ages 34 and 29, later received treatment at Bellevue Hospital for a fractured shoulder and a fractured finger.

In partnership with the community, an arrest has been made in the 9-23-18 Hate Crime assault in Brooklyn in which a gay couple was brutally attacked. Grateful to those who contacted @NYPDTIPS & assisted the Hate Crimes T.F. quickly apprehend Brandon McNamara. #YourCityYourCall pic.twitter.com/o0PfZ1Zqqa

“In partnership with the community, an arrest has been made in the 9-23-18 Hate Crime assault in Brooklyn in which a gay couple was brutally attacked,” police chief Dermot Shea said in a statement via Twitter.

With his attorney in tow, McNamara surrendered to the Hate Crimes Unit of New York’s Seventh Precinct Wednesday morning. Financial services company Ernst & Young has also suspended McNamara, pending further investigation. McNamara works for the company as a senior consultant. He has no criminal record to date.

Brandon McNamara, 25, accused of attacking a gay couple in Williamsburg. Silent as he was walked out of NYPD 7th Precinct pic.twitter.com/rl1kR7fyL6