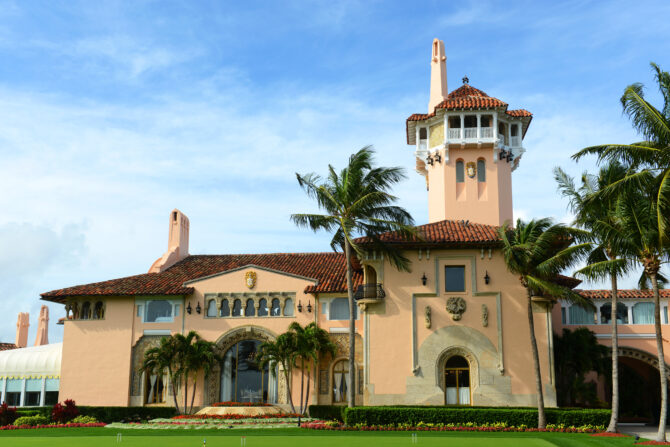 It’s been a super crappy week for Donald Trump.

In addition to the January 6 committee subpoenaing him at the end of its final televised hearing yesterday (drama!), New York state attorney general Letitia James filed a junction to appoint an independent monitor to keep an extra close eye on the Trump Organization as her civil fraud case against the ex-president prepares to go to trial. And on top of all that, the Mar-a-Lago mole is making headlines again.

Related: Looks like another one of Trump’s lawyers has had to hire her own lawyer after the Mar-a-Lago mess

On Wednesday, The Washington Post reported that someone from within Trump’s inner circle told the feds that they were specifically ordered by the ex-president himself to move several boxes of documents into his private residence inside Mar-a-Lago.

The Post also reported that the FBI undercovered CCTV footage showing longtime Trump aide Walt Nauta carrying boxes out of a storage room at Mar-a-Lago after the Justice Department had already issued a subpoena demanding the ex-president immediately return of all classified documents.

39-year-old Nauta previously served as a White House valet before going to work for Trump at Mar-a-Lago after he left office. On August 8, FBI agents executed a search warrant on the Florida compound where they retrieved over 100 classified documents the ex-president still had not returned.

While we still don’t know exactly who the Mar-a-Lago mole is, it sure seems like it was Nauta. In addition to the information reported by Washington Post, the New York Times added:

As part of its investigation, the Justice Department has interviewed Mr. Nauta on several occasions, according to one of the people. Those interviews started before the F.B.I. executed a search warrant at Mar-a-Lago on Aug. 8 and carted off more than 11,000 documents, including about 100 that bore classification markings. Mr. Nauta has answered questions but is not formally cooperating with the investigation of Mr. Trump’s handling of the documents.

His lawyer, Stanley Woodward Jr., declined to comment. Taylor Budowich, a spokesman for Mr. Trump, accused the Biden administration of “colluding with the media through targeted leaks in an overt and illegal act of intimidation and tampering.”

Walt Nauta is going to be famous.

I’m sure Trump will tell us this was a fake scene with hired actors and directed by the FBI. Or that Walt Nauta is low level and he never met him despite the 100 photos of them together and him moving boxes for him at MAL

“Walt Nauta? Never heard of him. Must have been a coffee boy…” – Trump tomorrow

At this very moment, TDG loyalists are being interrogated in the basement of Mar a Lago, in a desperate attempt to uncover the “mole”. https://t.co/uiHDuOxdls

I wonder if Walt Nauta was the dude who had to clean the ketchup off the walls.

Old enough to remember Trump wanting to know who the “leaker” was — and now you’ve given him a name. Walt Nauta should do best to remain on a first floor.

I hope the DOJ is providing some protection for this Walt Nauta guy.

How soon before Donald Trump dismisses his longtime employee Walt Nauta as, “Someone who only moved a few boxes for me for a very brief period of time,” or something like that?

Protect this brave guy! Keep him away from windows and staircases, if you catch my drift! pic.twitter.com/x51d1KYv8p

If there was/is a mole at Mar-a-Lago, I hope it’s the omelette bar chef.