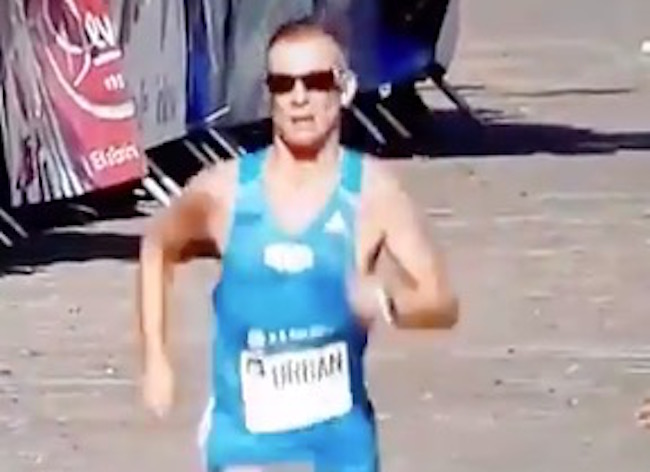 Completing a marathon is a sterling accomplishment no matter how you look at it — even if your penis and testicles happen to unfurl out of your running shorts during the last leg of the marathon.

Jozef Urban learned this lesson firsthand as he was busy finishing tenth in last weekend’s Košice Peace Marathon in Slovakia., one of Europe’s oldest marathons.

As he reached the finish line, his manly business made its presence known, pouring out of the leg of his shorts, flopping around, bouncing a bit, and giving onlookers much to shout about.

Jozef either didn’t notice, or didn’t care. Why should he? He beat his previous record by 27 seconds.

Keeping it classy, The Mirror reports:

At one point Jozef ran with such energy that it looked as though his private parts may separate themselves entirely from his groin.

The crowd was all for it — cheering him on, waving, shouting. Some were astonished, some laughed aloud, but all were enthusiastic as Jozef charged towards glory.