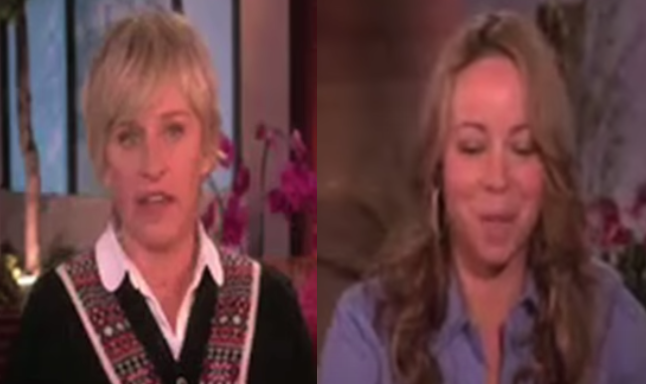 What her tone will be following a long summer of scandals and accusations is anyone’s guess, but while Ellen’s image as the “queen of nice” may be tarnished, there’s long been evidence it was perhaps an ill-fitting title to begin with.

Related: Ellen DeGeneres pens letter to staff about the allegations against her show

In a recent New York Magazine story, Mariah Carey remembers a particularly distressing 2008 appearance on Ellen that she describes as “extremely uncomfortable.”

At the time, there was media speculation that the pop singer was pregnant — a claim Carey had intentionally avoided speaking about. During the interview, DeGeneres steered directly towards the topic. After Carey responded that she doesn’t want to talk about it, DeGeneres brought out a bottle of Champagne and poured Carey a glass, challenging her to drink it. The audience laughed as Ellen eventually proclaimed “You’re pregnant! You’re pregnant!”

“I was extremely uncomfortable with that moment is all I can say,” Carey told New York Magazine. “And I really have had a hard time grappling with the aftermath.”

“I wasn’t ready to tell anyone because I had had a miscarriage,” Carey added. “I don’t want to throw anyone that’s already being thrown under any proverbial bus, but I didn’t enjoy that moment.” A few weeks after the interview aired, she miscarried again.

“[There is] an empathy that can be applied to those moments that I would have liked to have been implemented.”

As of this post, the clip remains up on the official Ellen website with the headline: Ellen Can Tell That Mariah Carey’s Pregnant

The description reads: “Mariah Carey won’t respond to pregnancy rumors, but Ellen knows how to get an answer out of her without saying anything.”

DeGeneres, meanwhile, had this to say to her staff following recent accusations of a hostile work environment:

“On day one of our show, I told everyone in our first meeting that The Ellen DeGeneres Show would be a place of happiness — no one would ever raise their voice, and everyone would be treated with respect. Obviously, something changed, and I am disappointed to learn that this has not been the case. And for that, I am sorry. Anyone who knows me knows it’s the opposite of what I believe and what I hoped for our show.”