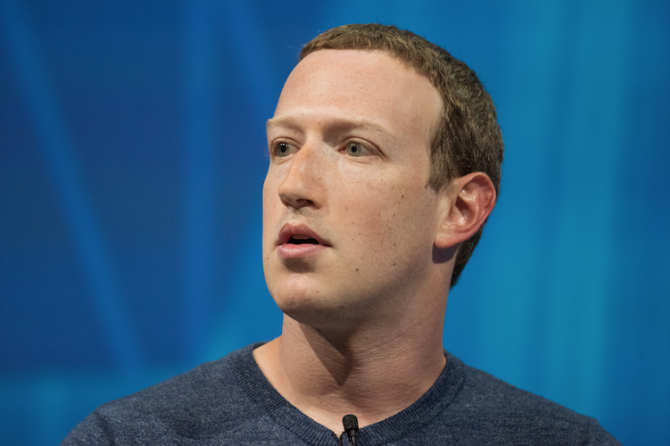 Facebook — err, Meta — has been on a massive rebranding mission as CEO Mark Zuckerberg attempts to steer the ship away from its former namesake, towards yet-unrealized virtual and augmented realities.

Employees at the social media giant will now refer to each other as “Metamates,” Zuckerberg announced in an employee town hall on Tuesday.

According to Meta’s vice president of augmented and virtual reality, Andrew Bosworth, the term is a play on the naval-inspired slogan used at Instagram: “ship, shipmates, self.”

Tech reporter Alex Heath was one of the first to share the news:

– last value, and I am not making this up: “Meta, metamates, me”

As one commenter pointed out, “It’s a long long longtime Navy thing – “Ship, shipmate, self. Which makes sense when the failure of the first thing – ship – sends the other two to the bottom of the Atlantic. Very much less so when you can just go work for Google.”

Reaction to the new name probably isn’t what Zuck was hoping for:

Metamates sounds like a dating app for polyamorous people to set up their current partners with new partners https://t.co/nT5ydMbeC8

i try to not mock company branding too much — i work for techcrunch, which sounds like a cereal joke from the Silicon Valley show — but metamates is Not Good

It’s a “hold the nose” long for me. After today I have to hold my nose a little stronger.🥴

Omg, the early Metamates jokes are already rolling in. On one internal chat, an employee posted a head on chin emoji and asked, “does this mean we are on a sinking ship?”

Wait, so it’s now a Facebook (ok Meta) “company value” to put yourself last, after your employer & then your “metamates” co-workers? Why does anyone still work for this company?

“Metamates” sounds like something a Paleo dieter will corner you and warn you is in the food you’re currently eating. https://t.co/hz1Tyqpwx2

Question @ FB: How do we further alienate our own employees?

Dreading the day I begin getting metamates requests.