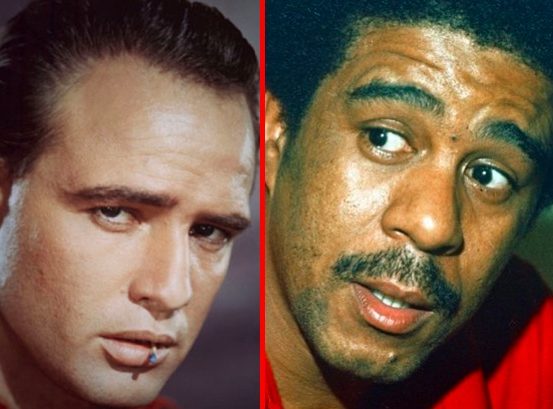 Marlon Brando’s eldest son says his dad definitely did not hook up with Richard Pryor back in the ’70s… even though Pryor’s widow and former BFF both insist that he did.

Just to recap: In an interview with Vulture published last week, Quincy Jones claimed Brando would “f*ck anything” in his prime–including a “mailbox”–and even spilled the names of a few male celebrities he hooked up with.

Some of Brando’s alleged M4M encounters included Marvin Gaye, James Baldwin, and Richard Pryor, which was later confirmed by Pryor’s widow, who said her late husband “saw himself as a sexualized creature” and was open about his bisexuality.

“The Marlon Brando family has heard the recent comments by Quincy Jones and we are disappointed that anyone would make such a wrongful comment about either Marlon Brando or Richard Pryor,” Miko Brando said in a statement.

We’re not sure what they have to be “disappointed” about. Gay sex is a beautiful thing! But whatev.

Pryor’s daughter, Rain, also refuted the rumors that her dad hooked up with Brando, saying “Daddy did NOT have relations with Brando” in a now-deleted Facebook rant.

It’s understandable that Miko Brando and Rain Pryor wouldn’t want to think about their fathers having gay sex together, but… seriously?

Both men were open about their bisexual tendencies. In fact, here’s one of Pryor’s old standup routines in which he discusses having sex with men. Beginning around the 14:50 mark, he talks about quite openly having gay sex…