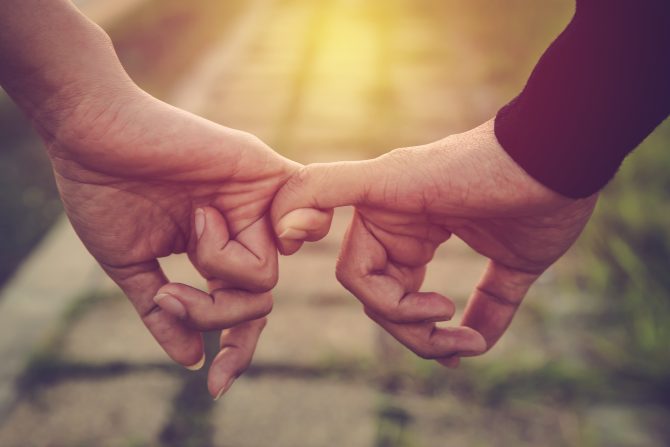 File this coming out story under ‘unlikely happy endings.’

After fifteen years of marriage, a couple sat down for a serious conversation in 2016. Jenni Barrett listened as her partner, who formerly went by Sean, revealed that she’s transgender and wanted to be called Sarah moving forward.

The couple, both teachers in the Phoenix area, are now speaking openly about their experience navigating life and love. Jenni says their openness even helped pave the way for their eldest son, Morgan, to come out as gay in 2018.

As Jenni told it:

“I’d come to realize why I’d always been so drawn to her, it was because of who she was on the inside – a woman – and not her shell.

“Sarah has always had a strong desire to wear women’s clothing, but that she felt ashamed.

“She would try on her mum’s bikini or her sister’s clothes, but always in secret.

“After she came to college, she suppressed those desires.”

“We look back and laugh about it now. It was like we both just agreed to pretend it didn’t exist.

“It was the elephant in the room that we didn’t talk about.

“I was looking up, ‘Is my partner transgender?’ and Sarah was Googling, ‘Am I transgender?”‘

As Sarah continued to struggle with her identity, inspiration to face her truth came from Morgan, whom the couple suspected was gay.

“We’d suspected Morgan was gay since he was about two,” said Jenni.

The family is now stronger than ever, having bravely moved through all the difficult conversations.

The end result is summed up in this comment from Jenni: “We’re so proud of our LGBT family.”