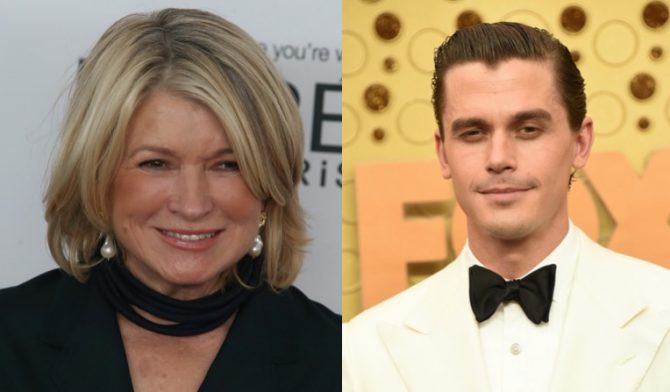 There’s nothing like a Christmas-themed celebrity feud to brighten the holiday spirit, and this week Martha Stewart set her tastefully appointed crosshairs on the avocado expert himself, Queer Eye’s Antoni Porowski.

The 78-year-old hostess extraordinaire called out Porowski after he shared an image taken during a holiday party at her home.

“Socializing at Christmas parties,” reads Porowski’s caption alongside an image of him in Stewart’s stable:

Displeased with his flagrant violation of tagging etiquette, Stewart responded: “Dear Antoni: this is @marthastewart48 You did not tag me on this photo of my stable nor the photo of my beautiful dogs Han, Qin, bete noir, and creme brulee We are bummed about that because you have so many followers and you are my Christmas cookies!!! You were nice not to post the forbidden scenes and we thank you!!!”

Porowski was smart enough to know you don’t keep Martha Stewart mad. He tagged the photo and posted an update to his story: “Apologies for not respectfully mentioning dear doggos Empress Chin, Emperor Han, Bête Noire, and cuddle monster Créme Brûlée. They deserve recognition also I rewatch your cabbage roll demo with your dear mum Mrs. Kostyra more often than I care to admit.”

Crisis averted. Or was it?

Porowski then shared another photo from Stewart’s party, sending the ball back into her court: “Patiently keeping my hands warm by her fire pit until @marthastewart48 follows me back,” he wrote.

patiently keeping my hands warm by her fire pit until @marthastewart48 follows me back.

Stewart, ever the cunning sparring partner, followed Porowski back but commented: “I think we started a social media ‘feud’ which was not the point I just wanted you to acknowledge my fire, my animals and my food which you seemed to love???”

These are some serious mind games. Best of luck to Antoni in this difficult time.