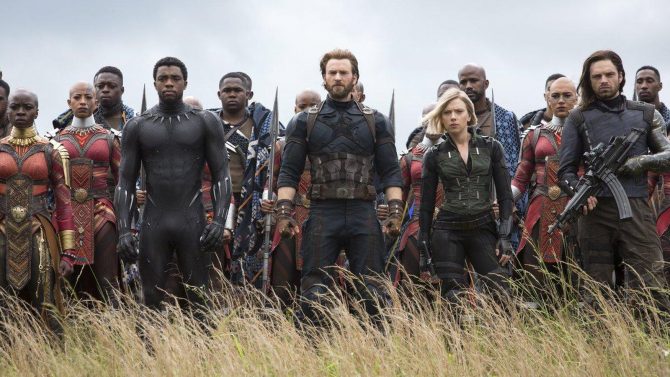 In a bid to quell the backlash over the studio’s cop-out over introducing the first out-gay character in the MCU, Marvel has reiterated its intentions to diversify their films with LGBTQ superheroes.

“You’re gonna see even more new faces—and faces from all different background, all ages, all ethnicities, LGBTQ, people who are differently abled,” said Marvel casting director Sara Halley Finn. “It’s a priority to have authenticity, to increase representation, to give greater representation to actors who have not traditionally been represented in mainstream movies on the big screen.”

Related: Marvel Studios president confirms a gay superhero is coming soon to a theater near you

Marvel has faced increasing criticism over its ignoring queer characters in the films. The studio initially touted Avengers: Endgame as featuring their first gay character on screen. The studio also experienced some criticism when that character was revealed to be little more than an incidental bit part, not even cast with a professional actor. Rather, director Joe Russo played the part as something of a joke.

Marvel Comics feature a number of out-queer characters, including Mystique, Shade, Northstar and Iceman of the X-Men, as well as Valkyrie of Thor comics. Bisexual actress Tessa Thompson played Valkyrie in Thor: Ragnorok and later expressed disappointment that scenes confirming the character’s bisexuality didn’t make the final cut of the film. Actress Brie Larson, who plays the hero Captain Marvel, has also criticized Marvel for not introducing LGBTQ characters in their movies.

Finn’s announcement that the MCU would soon feature LGBTQ characters follows a string of reports that the studio wants on out-gay lead character in the upcoming film version of The Eternals. Actors like Brian Jordan Alvarez, Wilson Cruz and Conrad Ricamora have all auditioned for the part.