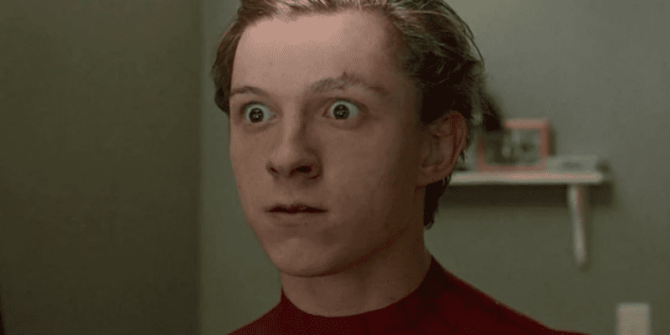 Web-Weaver
my design for the brand new Spider, debuting in Edge of Spider-verse 5 pic.twitter.com/vl2qVUtGVq

Web-Weaver’s origin story will come in October’s Edge of Spider-Verse #5 by writer Steve Foxe and artist Kei Zama, but fans got a preview this week when Marvel released cover variants and first-look imagery.

Here are the covers featuring Web-Weaver, who works for Avenger Janet Van Dyne, aka The Wasp: 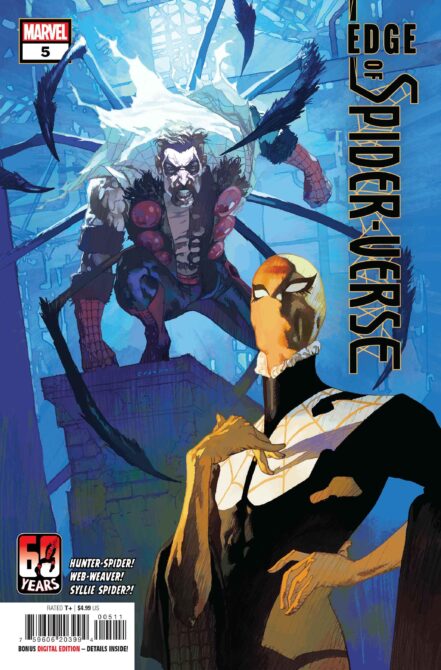 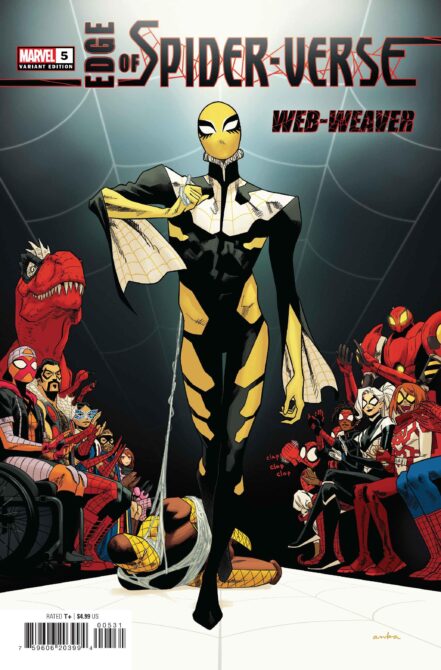 And a preview page reveals how the future Web-Weaver shoves Peter Parker out of the way from a giant, radioactive spider, only to be bit himself. Plot twist! Spider-Man has had a choke-hold on the gay community for decades. Even before heartthrob actors started bring the hero to the big screen, the lythe, lycra-clad lad with nothing but quippy one-liners and a cool $3 in his bank account has been a queer crowd favorite.

It’s not just the audience that has felt the fruit apparent in the Spider-Man universe — actors on Spider-Man film sets are constantly in favor of their characters to make queer turns.

Andrew Garfield famously wanted to get Michael B. Jordan to be his M.J., Tom Holland said “of course” Spider-Man could be gay, and Marisa Tomei pushed for her “Aunt May” character to have a girlfriend.

Even while shooting their latest MCU installment Spider-Man: No Way Home, which featured all three major Spider-Man players, Garfield revealed that the actors had “compared bulges” in their suits. There’s just something about this hero that makes people feel the fantasy!