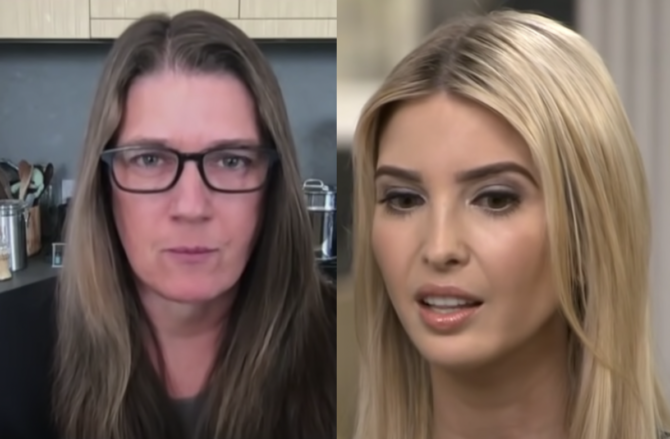 Donald Trump‘s niece, Mary Trump, has been consistently accurate when it comes to her predictions about her famous family, which is what makes her most recent remarks about her cousin, Ivanka, feel so ominous.

Speaking to MSNBC’s Alex Witt on Sunday, Mary said she doesn’t expect her uncle to fall on the sword for any of his children, even his beloved Ivanka, who was recently asked to speak before the January 6 committee.

“Donald isn’t playing the card that she’s his child to protect her,” she said. “He knows she may, indeed, have potentially damning information.”

But it’s a two way street, Mary notes. Because she believes Ivanka is just as big of an asshole as Donald and is likely making a “calculation” as to what will “help her in the long run.”

“She knows she has to come down on the right side of things. Or, she’ll continue to stay her father’s ally, and have to see how that plays out,” she said. “She’s in a very bad situation because she must understand that if Donald feels it’s necessary, he will stop protecting her.”

Mary also said her cousin should cooperate with the January 6 committee because the American people “deserve” to know what happened.

“She worked for the American people, not for her father,” she remarked. “This is an adult human being. She’s 40 years old. She has children of her own. So the whole ‘she should be protected because she’s his child’ is absurd on its face. She owes the committee truthfulness about what happened that day.”