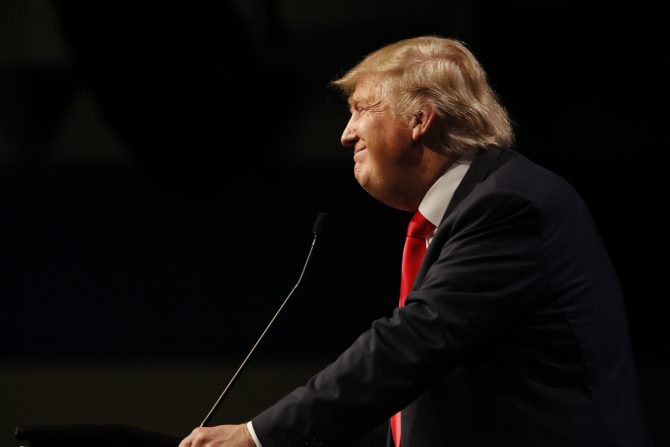 In the run-up to the 2016 presidential election, Donald Trump‘s campaign amassed a vast set of voter data on nearly 200 million Americans.

That staggering amount of data, comprised of over 5,000 files adding up to nearly 5 terabytes, has leaked, offering yet another piece of the puzzle in Trump’s surprising victory.

An investigation conducted by British news program Channel 4 News found that 3.5 million Black Americans were classified by the campaign as “Deterrence”, or voters they wanted to stay home on election day.

The “Deterrence” project is being likened to voter suppression by critics, who also want Facebook to reveal the targeting data that was used to show tailored ads intended to influence people not to vote.

The data shows Black Americans were disproportionately marked for “Deterrence”. In Georgia, Black people made up 61% of the category despite constituting only 32% of the population. Similar imbalances were found in North Carolina and Wisconsin.

Jamal Watkins, vice president of the National Association for the Advancement of Colored People (NAACP), said: “The thing that’s shocking slash troubling about this is that there’s this category of suppression. That ‘Deterrence’ part. So, we use data – similar to voter file data – but it’s to motivate, persuade and encourage folks to participate. We don’t use the data to say who can we deter and keep at home. That just seems, fundamentally, it’s a shift from the notion of democracy.

“It’s not ‘may the best candidate win’ at that point it’s ‘may the best well-funded machine suppress voters and keep them at home thereby rigging the election so that someone can win’.”

He added: “I don’t believe Facebook has fully disclosed their role, and fully disclosed the types of ads that were run, who was involved and literally how they may have been embedded in, say, the Trump campaign to make this all come to life.

“Facebook is a very profitable platform. It reaches billions of folks every day. It doesn’t need this kind of money. If it were to monitor and check these suppressive ads and say this is not the platform for this type of misinformation disinformation suppression tactics, Mark Zuckerberg would still live well, and eat well.”