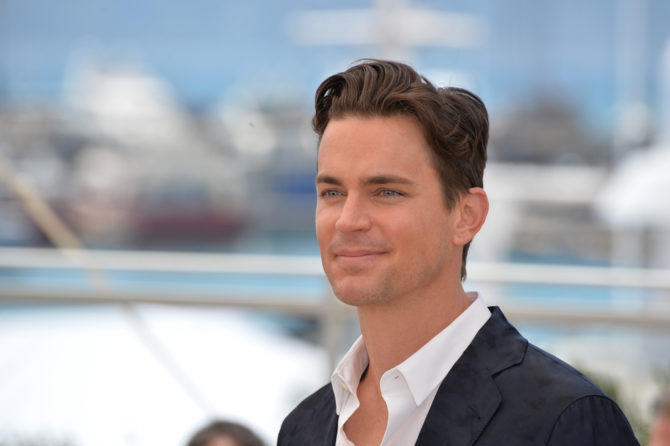 Matt Bomer may be on top of the world now, showing it’s possible to be out and thriving in Hollywood, but his road to success wasn’t smooth. Now he’s opening up about a particularly rough patch — coming out to his homophobic parents.

Bomer grew up in a Christian conservative home in Texas. Needless to say, being gay was not part of his parents’ plan.

“Telling your family is a huge, huge deal,” the Magic Mike actor confessed in an interview with Out.

“I really view my life as divided between the time before I told my parents, and the time after.

“And the decisions I made, and the life I lived, before and after, are vastly different. It’s night and day.”

“There was radio silence for a long, long time, at least six months,” he revealed.

“And then I came home and we had the blowup that I’d always feared.

“But we got that out of the way, and we got down to the business of figuring out how to love each other.”

Bomer has since married publicist Simon Halls, with whom he has three children. And while he finally found resolution with his parents, he recognizes how painful it was to get where he is.

“It was a struggle. It’s a struggle for anybody to take their paradigms and set of beliefs and understandings and completely flip the script.

“So I’m empathetic toward everyone.”

In the end it came down to exposure — Bomer’s parents likely lived their whole lives without a positive relationship with a gay person, insulated in a community that shared this prejudice. And that’s not easy ship to turn.

But turn it he did.

“My mom just asked me, [my husband] Simon, and the boys to go down and speak to her women’s group in Houston so, you know, I’m here to tell people it can get better. Because I had so many people in my life saying, ‘You need to get rid of all expectations — you need to cut them out.’ But I was like, ‘They’re my family.'”