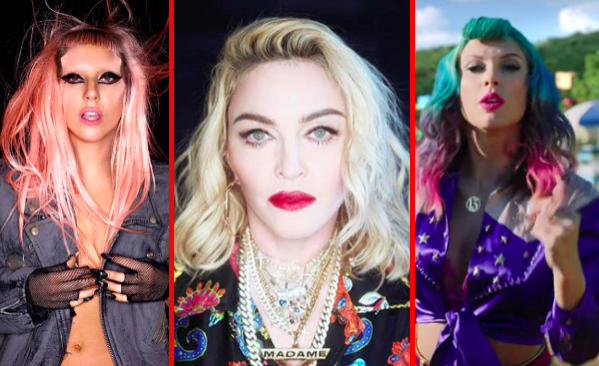 “Sisters are doing it for themselves,” Annie Lennox and Aretha Franklin sang on their 1985 top-twenty single, in support and recognition of liberated women everywhere. In 2019, the LGBTQ community could use a similar DIY hit anthem of its own.

But even if Janelle Monáe and Sam Smith were to serve it up next week, this much still would be abundantly true: We can’t do it all for ourselves. Collaboration is essential to the sweet smell of success. That doesn’t mean we must bow down at the altar of those with the keys to the kingdom, but whether it’s through revolt or reason, negotiation is a must.

Women, blacks, and gays in America have been using reason — and occasionally revolt — for centuries, with, respectively, men, whites, and straight people. When the majority rules and holds the bulk of the power and most of the cards, there is no other way around them.

I recently interviewed several LGBTQ musicians who suggested that it might be time to change those rules — or at least tweak them. One of them told me that the gay community needs to stop looking to straight people for “validation.” Although I understood the point that was being made, for me, it didn’t accurately reflect the LGBTQ agenda.

Embracing straight allies — courting them even — isn’t about seeking validation. It’s about pursuing opportunity. Unless there is some special gay utopia out there where we control the system, we’re going to need the support of straight people to achieve our goals. Pride doesn’t equal absolute power.

We must get out of the anti-“savior” mindset where we’re always looking across the aisle at outstretched arms with suspicion because we’re sure the heads attached to them are looking down on us. Sometimes they will be, but do we really want to cut off our noses to spite the straights?

It’s easy to see why gay people sometimes side-eye them. It seems like so often, they’re either outright refusing to be our allies, like Kevin Hart, or they’re making being our allies all about themselves.

Madonna has recently taken a lot of heat from critics for allegedly patronizing the underprivileged by casting herself as their savior on “Killers Who Are Partying,” a track on her latest album, Madame X. On it, she appears to equate her experience as Madonna with that of numerous disenfranchised groups, including, of course, the LGBTQ community. “I will be gay, if the gay are burned,” she sings over lovely fado strumming.

It’s a bold but awkward declaration, and despite her clumsy expression of consciousness, she deserves credit for good intentions. Her experiences as a woman, one who didn’t grow up in a penthouse with a silver pacifier in her mouth, has given Madonna the gift of empathy. She’s a superstar who, in a lot of ways, is now cushioned from the realities of everyday grit, but she’s been down in the depths, too. She understands how we feel.

And it’s not as if Madonna wasn’t an ally well before it was liberal-cool. She’s been up with gays for as long as she has been famous. Along with Elizabeth Taylor, she stepped up as one of our first superstar champions when AIDS began decimating our ranks in the ’80s. Unlike, say, Beyoncé, she didn’t become a gay icon just by being fabulous.

Taylor Swift’s LGBTQ pride is a more recent development, and she parades it in day-glo rainbow colors in her new video for “You Need to Calm Down.” The promo clip for the second single from Lover, her forthcoming seventh studio album, features cameos by an assortment of LGBTQ Hollywood stars, including Billy Porter, RuPaul, Laverne Cox, and the Queer Eye cast, with Swift holding court in center square.

It’s all a bit “Ooh, look at me! I have gay friends — and they’re all famous, just like me!” But in these divided times when we have a presidential administration that doesn’t care about us, I’ll take our allies where we can get them. If the only way Taylor Swift can acknowledge the LGBTQ struggle is through the prism of her own celebrity, that’s OK. At least she’s trying to make a connection.

For all the archness of Madonna’s and Taylor Swift’s recent pro-LGBTQ musical statements, they’ve at least avoided the pitfalls of their fellow pop-diva defenders of queer, Lady Gaga and Miley Cyrus. At various times in their careers, both have taken taken the “I’m with them” sentiment of Madonna’s “Killers Who Are Partying” to a too-literal extreme.

Gaga, arguably pop’s greatest LGBTQ champion since Madonna, has publicly identified as bisexual since early on, despite being exclusively linked — and occasionally engaged — to Hollywood hunks with sexy facial hair, like Chicago Fire star Taylor Kinner and her A Star Is Born costar Bradley Cooper. More recently, Cyrus talked about “redefining, to be f ***ing frank, what it looks like for someone that’s a queer person like myself to be in a hetero relationship” … with Liam Hemsworth, the epitome of Hollywood straightness and masculinity. What exactly is she redefining with her textbook two-celebrity marriage to an alpha-male action star?

In a way, both she and Gaga have inadvertently trivialized our reality by making LGBTQ seem like a shiny, new coat, something you can wake up and decide to wear one morning because you’re so damn woke. They’re rarely called out, though, because Madonna and Swift are trendier targets.

When all is said and sung, I believe all of their alliances with #TeamLGBTQ are genuine. Their tactics may come off to some as heroine posturing, but I prefer to interpret them as occasionally misguided shows of solidarity. We don’t need their validation or to be rescued by them, and even if that’s what they’re offering, I don’t believe we’ve ever actively sought out straight people as our saviors.

Anyway, I’d take validation and rescue over the apathetic alternative. It’s better to have straight people as allies in any form, beside us, waving the rainbow flag for LGBTQ pride, than off on the sidelines, doing nothing but watching the wheels of injustice turn.