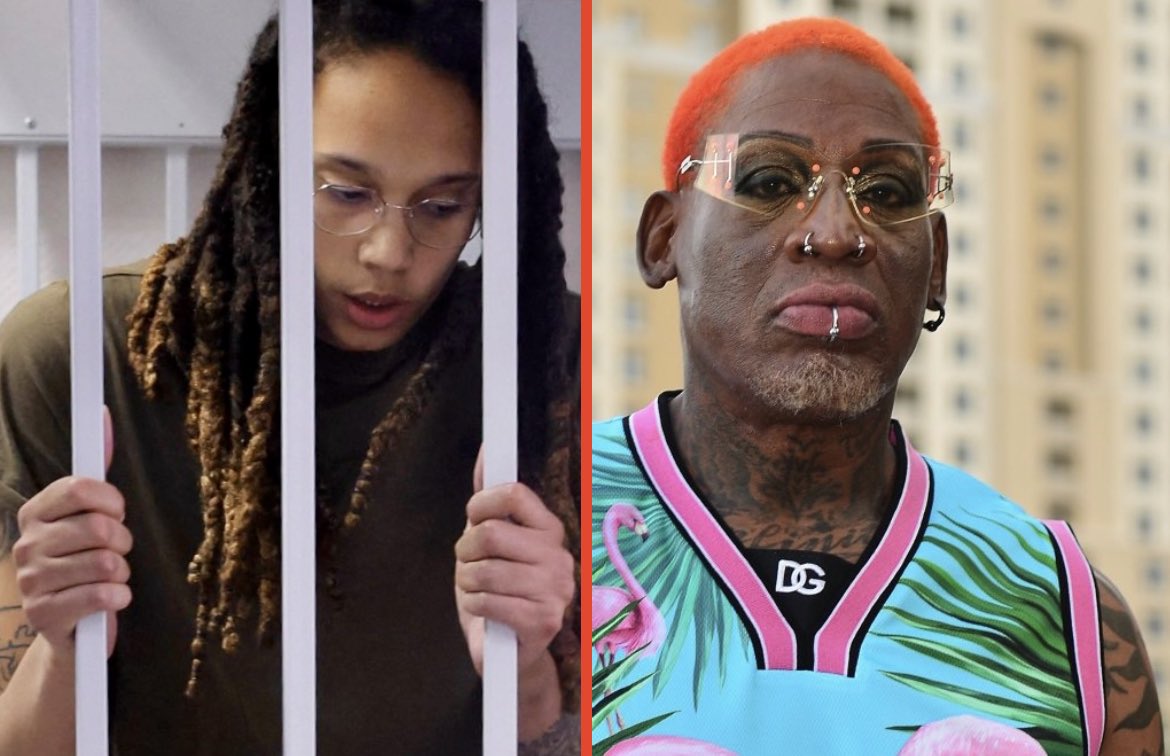 Dennis Rodman’s latest mission is a hell of a long shot, but some folks are thinking he might be able to pull it off.

The former NBA star told NBC News over the weekend that he’s gotten clearance to go to Russia to help negotiate the release of WNBA player Brittney Griner, who was recently sentenced to nine years in a Russian prison over cannabis vape cartridges.

Negotiations for Grinder’s release from the Biden administration have been slow going, but Rodman seems to think he just might be the one able to spring her.

“I got permission to go to Russia to help that girl,” he says. “I’m trying to go this week.”

Related: Brittney Griner may be released, but at a price that has some people worried

Unlikely as it is, people on social media seem to be willing to believe it:

If he can do this, trust him bro pic.twitter.com/TOGIJf1jJc

Dennis Rodman in Russia getting Brittney Griner out of prison. pic.twitter.com/OqsTJzrRGv

It’s people with PhDs from fancy schools who can’t be as diplomatic as Thee Dennis Rodman https://t.co/83cL6Il8og

No one ever talks about the greatest Ambassador in American history…THE Dennis Rodman https://t.co/oSvb2ULRN6

brittney griner: ok so what’s the plan to get me outta here?

Dennis Rodman is every US President’s last hope. I need the movie made about his time in North Korea and Russia when it’s all said and done. https://t.co/ZXPpsRjLiR

if dennis rodman pulls this off… make him the ambassador of world peace. https://t.co/NcVfJAUGbD

dennis rodman has had a more positive & productive impact regarding diplomacy than any president or secretary of state https://t.co/gzPuFXpUVE

Though Rodman has many people backing him, U.S. government advisors do not seem to be among them.

“The administration has made a significant offer to the Russians, and anything other than negotiating further through the established channel is likely to complicate and hinder release efforts,” says a senior Biden official.

The federal government may have copious intel on the situation, but Rodman says he has valuable intel of his own.