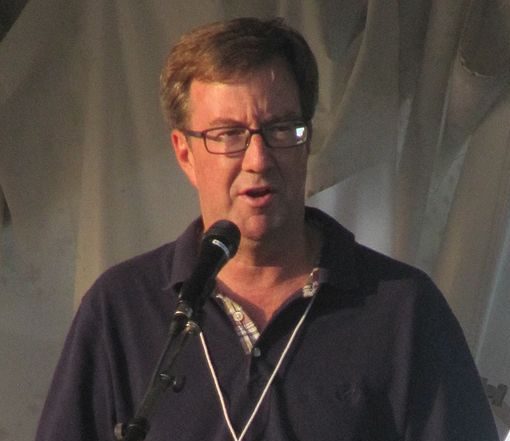 This profile is part two of Queerty’s Out For Good series, recognizing public figures who’ve had the courage to come out in the past year in the name of the public good. The series will run through National Coming Out Day October 11.

Bio: Born in Montreal, Watson moved often throughout his school years due to his father’s job, and ended up in Ottawa, Ontario after college. He soon got involved in politics and was elected to city council at the tender age of 30. In 1997, he became the youngest person ever elected mayor, sliding into home plate with a cool 83 percent of the vote. He went on to become a member of Ontario’s legislature for seven years before returning to city politics and being re-elected as mayor in 2010.

It’s not difficult to see why Watson, who’s dedicated nearly his entire adult life to politics, has been so successful at it. He’s the kind of progressive politician who votes to decrease his own salary, creates health initiatives that give his constituents free nicotine-replacement therapy to help them kick the habit, and diverts funds to low-income families to help them pay rent.

Coming out: This past August, a day before Ottawa’s annual Pride Parade, Watson penned an article in the Ottawa Citizen newspaper in which he publicly came out, explaining how he was bullied on the school bus by boys calling him “Jim Fairy,” and how his own introversion as a teen, and then his subsequent all-consuming dedication to his career, helped keep him in the closet all these years.

“I’m gay—there, I said it,” the article began. “Those two words took me almost four decades to utter.”

The essay also describes an encounter back in 2003 while running for the Ontario Legislature when a well-known antigay activist stood up and asked him if he were gay. Unbelievably, before he could even answer, his opponent chimed in, scolding the questioner that a person’s sexual orientation had nothing to do with being a good legislator. (That’s Canadians for you!) Watson only came out to two close (gay) friends over the years, and as time went on, assumed his family knew but simply never brought it up. Meanwhile, he voted for same-sex marriage and became the first Ottawa mayor to attend Pride.

He ended the article by poignantly admitting the cost of waiting so long, a wonderful, but bittersweet, piece of advice for young and old alike: “My reluctance has not allowed me to live my life as full of love and adventure as my gay friends who were bolder and braver than I ever was.”

Dear Ottawa residents and friends, I have some personal news I wish to share with you. I invite you to read my Op-Ed in today’s @OttawaCitizen: https://t.co/fJJevxBcOi#Pride

Making a Difference: Watson may have been closeted and a quintessential nice guy all these years, but he wasn’t a pushover. During the 2014 Olympics, when he tweeted support for Russian LGBTQ+ athletes and decided to fly the rainbow flag at Ottawa City Hall in a show of solidarity, one constituent replied: “This is a stupid waste of time. You’ve lost my vote.’’

To which Watson clapped back, “If you have that point of view, I really don’t want your vote.’’ Likewise when another Ottawan approached him and said, “‘’I hope you’re not going in that fag parade.” Watson said he was indeed planning to march and he hoped the man would join him.

Not surprisingly, Canadian Prime Minister Justin Trudeau applauded the mayor’s coming out with gusto, tweeting:  “Brave words that I’m sure will inspire Ottawans – and all Canadians – to feel free to be themselves. Thank you for sharing your story with us, Jim.”

Jim Watson’s Words of Wisdom, as told exclusively to Queerty:

“I knew I was gay when I was probably 15 or 16, and waited close to 40 years to come out. As a politician, I always had in the back of my mind that I might suffer politically if I had come out. In hindsight, I wish I had come out a lot sooner. So my advice is: Make sure you take your time if and when you are ready to come out, but don’t wait 40 years!”