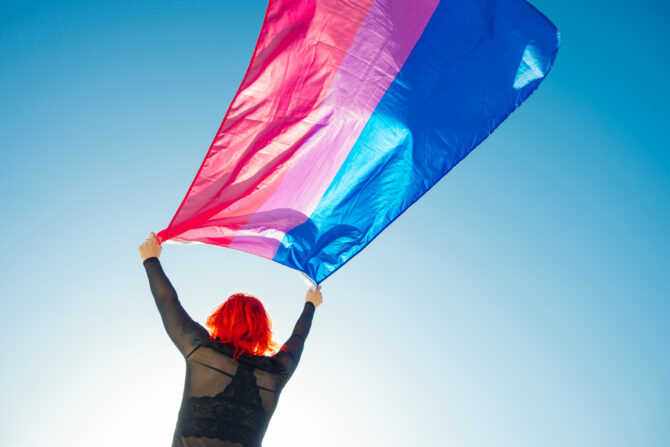 Despite recent surges in bisexual representation in pop culture, many LGBT community members still experience identity invalidation today. This invalidation can significantly negatively not just bisexual people in particular but the community as a whole.

Because bisexual people are neither gay nor straight, finding where they fit within the LGBT community can be a challenge. They often experience biphobia and bi-erasure from both straight and queer people, which we will explore in-depth in this article.

RELATED: 5 Signs That You Might Be Biphobic (And Not Even Know It) 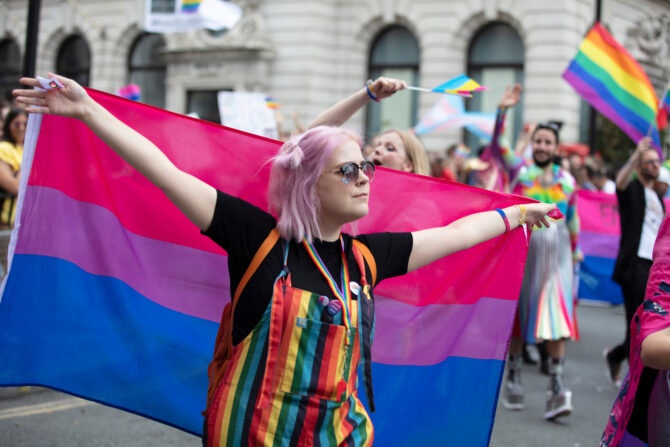 Biphobia, sometimes referred to as monosexism, is the belief that sexual and romantic attraction to only one gender is superior. Bisexual people subject to biphobia might be discriminated against or stigmatized because of their sexual orientation.

A few common symptoms of internalized biphobia include:

Biphobia occurs in many different forms. You might experience it in the following ways.:

Biphobia And Bi-Erasure In Media

Because most people think in binary ways, society doesn’t typically do well with ambiguity. As such, bisexual characters in film and television are hardly accurately portrayed. In shows like Glee and Riverdale, bisexual characters are depicted as overly sexual, indecisive, and troubled.

Bi-erasure in the media is also rampant. Consider Willow’s character in Buffy the Vampire Slayer. After breaking up with Spike and later developing a relationship with same-sex character Tara, Willow’s character was portrayed as exclusively homosexual – not bisexual.

These depictions invalidate the notion that gender and sexual identities can change.

Biphobia In The LGBT Community

Contrary to popular belief, biphobia isn’t just rampant within heterosexual communities – it can also occur within the LGBT community. When LGBT-identifying people feel invalidated, they may experience discomfort toward people who have a non-traditional sexual orientation or gender identity.

Another form of internalized biphobia is feeling attraction toward unavailable people. A bisexual person might attempt relationships with heterosexual people as a type of “self-conversion.” 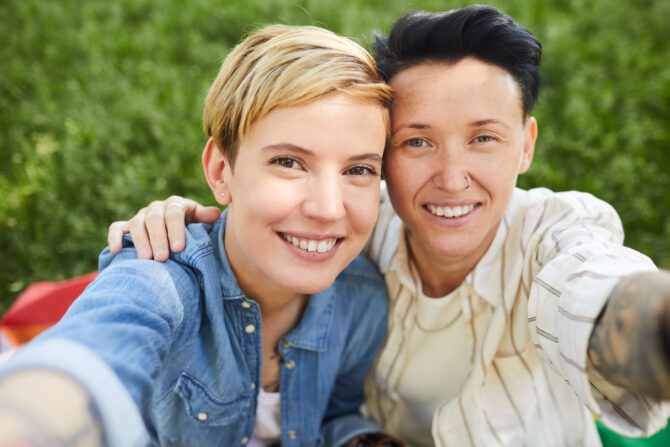 Now that you know the definition of biphobia, what is bi-erasure? Bi-erasure (sometimes referred to as bisexual invisibility) refers to the act of questioning or denying the existence of bisexual people.

Despite a growing acceptance of gay and lesbian people, many still deny others the right to be bisexual. In practice, bi-erasure might look like this:

So, if people can accept that someone is gay or lesbian, why does bi-erasure still occur? Some might find it challenging to grasp the concept of sexuality being non-binary. Many assume that someone who is bisexual is “part gay and part straight” when, in fact, it is a distinct identity.

Despite an outpouring of information from global LGBT community centers, many myths and misconceptions still surround bisexual people. This includes:

Bisexuality isn’t just a stepping stone toward being “fully gay” or “fully straight” – it is a legitimate orientation. In addition, sexuality can be confusing for anyone, regardless of how they identify.

In addition, bisexual people don’t have “double the dating pool.” You can be attracted to two genders but still have preferences toward specific types of people based on their qualities and hobbies.

Practicing Bisexuality Will Make You More Likely To Get An STD

Sexual identity doesn’t dictate how (or whether) a person practices safe sex. Regardless of your orientation, practicing safe sex is the best way to prevent illness and disease.

In the same thread, bisexual people are not hypersexual or swingers. Being attracted to two or more genders doesn’t correlate with increased promiscuity. Like anyone else, bisexual people can go through long periods without sexual activity. Alternatively, they can be as sexually active as they want!

Impact On Mental And Physical Health

Discrimination toward bisexual people can have significant and detrimental effects on their mental and physical health. In particular, bisexual people may have trouble gaining access to inclusive healthcare services – making them more susceptible to STIs, cancer, obesity, and substance abuse.

Additionally, many bisexual people refrain from seeking medical advice because of fear of discrimination. Inadvertently, this lack of access and fear of requesting help can put bisexual people at higher risk of developing anxiety and depression.

Bisexual people might also experience heightened social stress as they are frequently exposed to discrimination, prejudice, and bullying. When exposed to biphobia and bi-erasure at a younger age, people below 18 have a higher likelihood of demonstrating youth risk behavior.

Biphobia can also make it more challenging for people to retain jobs, especially in environments that lack LGBT sensitivity training and anti-discrimination policies. This lack of support can directly impact a bisexual individual’s capability to earn a living and obtain stable housing.

How To Combat Biphobia And Bi-Erasure

Whether you are personally experiencing biphobia and bi-erasure or know someone who is, there are many ways to get support and be a better ally.

Being a bisexual person or part of the LGBT community does not absolve you of your biases. If you have trouble accepting bisexuality as a legitimate orientation, explore the social factors that make this the case. Are you considering race, culture, and religion? If so, how does this impact the way you interact with people from the LGBT community?

One of the best ways to gather information and participate in community discussions is to turn to the Bisexual Resource Center. Log in online to find a bi group in your area, and consider signing up for workshops, discussions, and classes.

Listen To Your Bisexual Friends

Are you unsure of how to respond to your bisexual friend? Have an open discussion with them. If there is something about their sexual identity that you don’t understand, the best way to avoid assumptions and misconceptions is to ask them to educate you.

If you hear conflicting or contrasting narratives from different people, understand that bisexuals may have different experiences when it comes to exploring their sexual identity and that there is no “right” way to express how you identify. 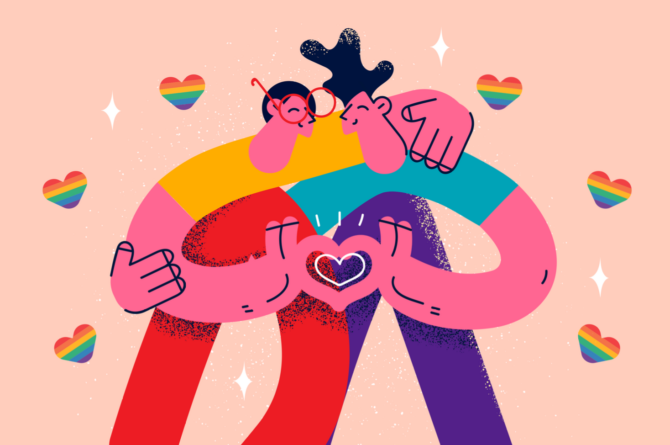 Representation is important, regardless of your sexual identity. Acknowledging labels validates a person’s experience and makes them more willing to ask for support. Plus, it makes them happier to be who they are.