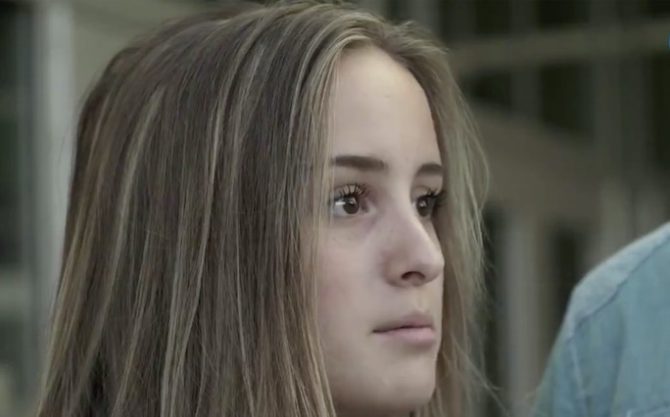 A California middle school teacher has recently taken a mental health leave of absence after being harassed in and out of the classroom.

What did the kids have to harass Amy Estes about? They learned she is gay, a fact she hadn’t discussed with any of them.

The Spring View Middle School educator addressed the situation in a Facebook post, which attracted the attention of the local news.

I have been an educator for 12 years, and I have loved it. Being a teacher is a core part of my identity, and the…

“At the start of the school year, some students found out that I am gay — a fact I had never shared with my students. They posted photos online and it became the talk of the campus. While it is dehumanizing and painful to be outed, my hope was that it would die down. Instead, it escalated to the point that I was being harassed in and out of the classroom. When I sought the help and support of my administration, I did not find it. The situation became so severe that I sought the support of the union, who hired me a lawyer to help me navigate this situation.”

She says some students started following her on YouTube, and she was surprised when she received a comment that read: “Don’t be stupid, be a smarty. You can join the Nazi Party. Now accepting dykes.”

A student, Averee Patton (above), also spoke up in class about “homos” in a presentation after learning Estes is gay, explaining that marriage is “Adam and Eve” not “Adam and Steve.”

The school has not done anything to publicly stand behind Estes, and says it can’t comment on the situation due to litigation.

Averee’s mother Lane said: “As far as we’re concerned, we back the school district 100 percent. She shouldn’t have her sexual preferences pushed on you and our religious views shouldn’t be pushed on anybody else.”

Parents whose daughter had the Rocklin teacher who went on mental health leave after being bullied by students when they learned she was gay are now sharing their side of the story. They say they support the district & believe LGBTQ issues should not be addressed in school @ABC10 pic.twitter.com/yRy9lzPT4q

Averee, meanwhile, defended her “no homo” presentation by saying it was just part of the assignment — to describe a utopian civilization.

“I made my rules no abortion, no racism and no gay marriage….She told me it was disrespectful and I should have reworded it differently. I had gone over it with my family and they said it was OK,” she said, adding “My parents have taught me all that I need to know and I don’t think the school needs to teach me anything.”

Good luck with that, Averee.