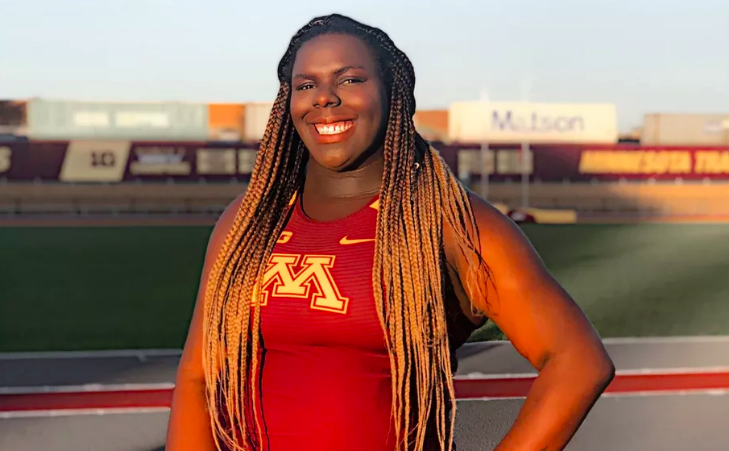 Kaitlyn Long came out as bisexual in an interview with Outsports last year while starring in track and field at the University of Minnesota. Not even a year later, she has dedicated herself to support the daily protest in Minneapolis after the murder of George Floyd. Queerty caught up with the 22-year-old for an update.

What was your initial reaction when you learned of the killing?

I don’t think there are words to describe the emotions I felt when I heard about the murder. I was incredibly sad, angry, and heartbroken. I felt hopeless and it was very hard for me to function and go back to normal day to day activities.

What actions are you taking?

I have been focused on trying to educate people on the meaning behind the protests. Although the protests started in response to the murder of George Floyd, I think it’s important that people know why we are protesting. The fight for equality is not a new fight at all. But with newer resources like cellphones and social media, I’m helping share information, pictures, and videos, all of which inspire people to take action. I am also raising donations to buy supplies for families in need and for people involved in protesting.

What do you think of the threat to call in the military to cities like Minneapolis?

We are protesting peacefully, so to bring in more weapons and military personnel is not only unnecessary, but it is also triggering to many people.

Why is it important for athletes to speak out?

As athletes, we have a platform, and it is important to use our platform to speak out for what’s right. It’s very important to me that I speak out against the injustices that the Black community faces on a daily basis. I want people to understand that being Black in America is not easy and that our struggles are real and we need to start making real changes.

These protests are taking place during the 50th anniversary of the first pride march, which at the time was more protest than celebration.

It’s great to see it all come full circle. What started pride was actually [the Stonewall] riots against police brutality in the community, which was started by Black trans women. It feels like history, in a way, is repeating itself and I hope that we can come together to enact real change again.

I want to encourage anyone who might be reading this to be vocal and use your platform to work toward making real changes. Educate yourself on the issues and find ways to get involved and how to support your communities. Change happens when people come together as a united front.
Prev2 of 5Next