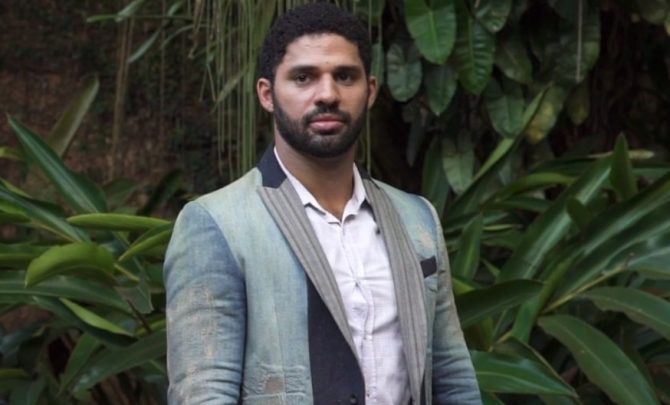 One Brazilian politician has found the courage to condemn the hateful attacks on the LGBTQ community by current President Jair Bolsonaro. His name is David Miranda.

With violence against LGBTQ people on the rise in Brazil, Miranda’s presence in the Brazilian Congress as an out-gay, black man already carries heavy risk. His predecessor and friend Jean Wyllys, who also happens to be a black gay man, had to flee the country after numerous death threats earlier this year. His friend Marielle Franco, another black gay politician, was murdered last March. Authorities have arrested two police officers in connection with her murder, which Miranda suspects was ordered by the Bolsonaro government.

“It’s not enough to know who pulled the trigger. We need to know who ordered her death,” Miranda says of his friend. “People always say Marielle became much more influential in her death, but if she was alive today I assure you she would be just as great. She had such a bright future. I need to take everything she did and keep going forward.”

Now Miranda has taken his message and his anger to Congress with the intention of standing up to the hateful policies of the Bolsonaro government. The queer community of Brazil has already labeled Miranda a hero. “So many LGBT families who want to adopt kids are coming to me,” he says. “They’re [looking for a way] to rush the process because they’re afraid that Bolsonaro, with a pen and a piece of paper, could revoke these rights that we’ve fought for.”

Perhaps unsurprisingly, Miranda and his husband, journalist Glenn Greenwald, have already received death threats against themselves and their two children. That hasn’t stopped Miranda from sponsoring a bill which would allow for teachers and politicians to go through sensitivity training on LGBTQ issues before assuming their jobs. He’s also criticized Bolsonaro for ignoring stagnated lower-class wages and failing to curb corruption and organized crime in the government. Miranda hopes that even in disquieting times, he can help bring public attention to overlooked issues, advocate for LGBTQ causes and bring hope to the Brazilian public.

“People are really paying attention to politics now,” Miranda says of the rise of Bolsonaro, “and that’s something money can’t buy.”