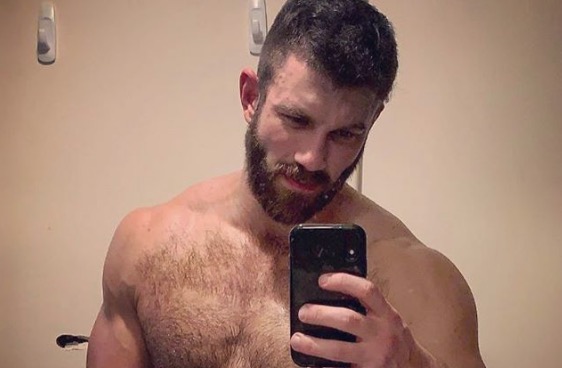 While it may not be for everyone, there are some valid reasons to start an OnlyFans page and start showing off the goods. Extra income comes to mind right off the bat, but maybe the rush of creating revealing content for fans to admire also brings a certain thrill.

Whatever the reason, we surely aren’t judging.

But for openly gay wrestler Dave Marshall, the choice to get intimate on camera came from a desire to help others, and not in the way you’d expect.

The 29-year-old explained to GayStarNews that his boyfriend encouraged him to open an OnlyFans page, the platform that allows people to share adult content to paying subscribers.

The relationship eventually ended, but the idea stuck. Only Marshall wanted to do something a little different.

“After some thought, I did start it up with part [of the] proceeds going to Beyond Blue – a suicide prevention charity,” he explained.

“The reason the money I raise from my OnlyFans goes towards Beyond Blue is seeing everyday how big depression and anxiety has become in society and almost overlooked.

[It’s my] first time saying this but my father took his life last year.

Older men have a “Harden the fuck up” mentality they were brought up with.

Stats on LGBT in this area are quite scary too so I hope I can in some way, give back to my community. Positivity is everything.”

Related: This royal horse cavalry guard also happens to be one of the Britain’s busiest gay adult film actors

To date, Marshall has raised over $3,500 for the charity, and he has no plans to stop anytime soon.

When he’s not taking it off for charity, Marshall can be found wrestling for the Perth-based Southen Hemisphere Wrestling Alliance.

“Wrestling had always been the reason I got into fitness and is a big part of what keeps me going,” he told GSN. “I wanted to be a wrestler since I was 10 and am finally living the dream.”

Check out his Instagram here, which includes a link to his OnlyFans page — if you’re into that sort of thing. And hey, it’s for a good cause.